Most kids want to go to Disney World; I however, had other plans. 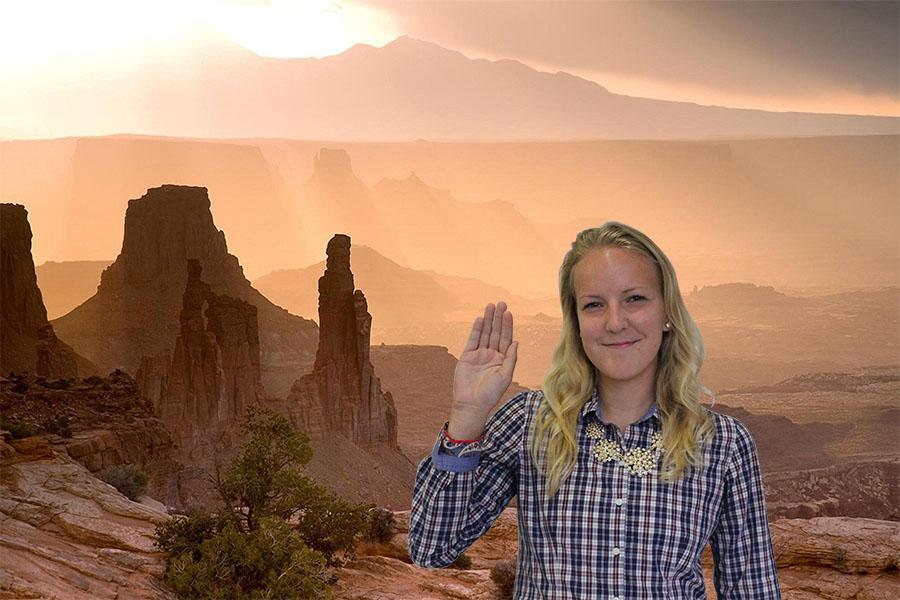 Libby Grygar practices her queenly wave for all her loyal followers.

When I was a little girl, I wanted nothing more than to visit the country that was named after me. As a five-year-old who didn’t know any better, visiting the motherland seemed like a dream come true. My good friends Chad and Molly were already talking to their parents about their respective countries. I couldn’t wait to be reunited with my people and accept my birthright title as Queen Libby of Libya.

My obsession with ultimately governing Libya was an all-consuming condition. I spent hours a day rehearsing my princess wave for when I would be wheeled around in a dazzling horse-drawn carriage. To prove I was a capable ruler I made sure that I would be able to spurt facts about Libya on demand.

In anticipation of my trip to Libya, I always kept a suitcase packed. It being my first time traveling to the promised land, I was unsure of what garments a ruler like myself was to wear. After a hard night’s work toiling over fashion magazines with my babysitter, I figured it out. Princess Diana: a princess who displayed a fashion-forward, but overlord-appropriate style. I decided that learning to dress like a leader was the difficult part; foreign policy, domestic matters and national budgeting can all come later.

My desire to visit Libya persisted for years to follow; however, my parents worriedly informed me that Libya as a state wasn’t exactly in the most stable of times, and that traveling there and proclaiming sovereignty might not be the best idea. A.K.A. it’s a war-torn country with barely an idea of government. I believe their exact words were, “White, blonde hair, blue eyes: not good.”

I was in a sea (or rather a desert) of disbelief. How could I, their true ruler, not be well received? My citizens of Libya should’ve been overjoyed to have me as their ruler. I promised Cupcake Mondays, freetime Fridays and mandatory celebrations of Halloween every month. Shetland ponies would be distributed to everyone under the age of ten, and anyone older would be granted a state-of-the-art hovercar. How could they not welcome me with these kinds of policies?

Over ten years later and my suitcase is still packed. The Libyans are still my chosen people whether or not they’re the picture of “political stability” right now. And so if I randomly disappear for a week, and my bank account balance has decreased by $4,700, you’ll have a pretty good idea of where to find me.