Debate team enters the season with a new format 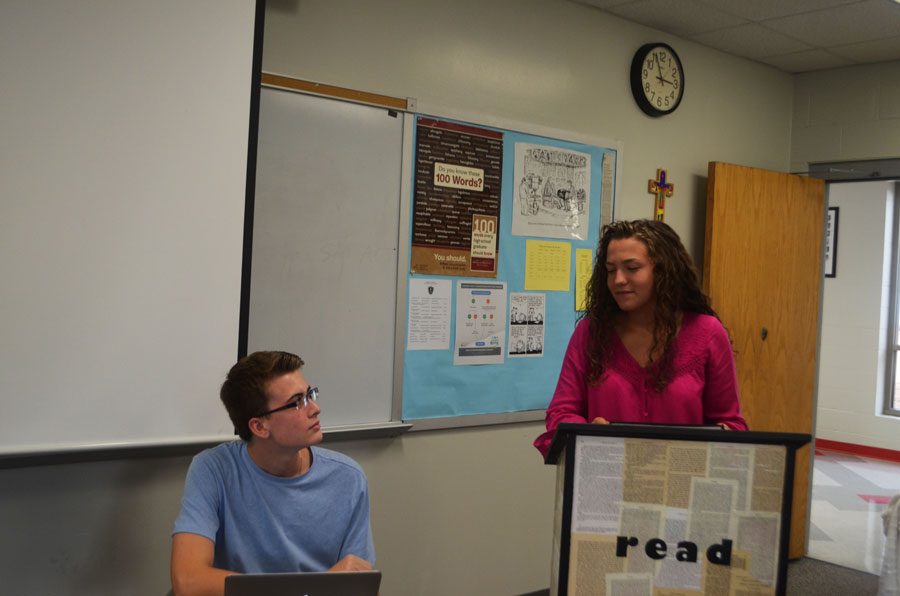 In addition to new captains, the BSM debate team will be competing in an updated format this season.

After five years of the Classic Debate format, the team has decided to try Public Forum, a partner style debate, as well as Congressional Debate, which is similar to mock United Nations and involves disputing bills.

This is not the first time the team has decided to shift gears. “We’ve done every format of debate there is,” said debate coach, Mrs. Claire Shea.

The decision to switch formats was a team effort. “We noticed our skill set was more fitting for Public Forum and Congressional Debate. The previous format didn’t have very much room for us to grow or compete on a higher level,” Shea said. Beginning this season, BSM will debate against many large and highly competitive schools such as Eagan, Eastview, Blaine, Anoka and Bloomington.

Although Shea does not have experience coaching the new forms of debate, the team will not be left high and dry. Elizabeth Grayden and Reverend Janet McNally joined the BSM debate family as new coaches this season.

Grayden brings vast knowledge about Public Forum from Chanhassen’s elite debate team. She is “the ace in our back pocket,” Shea said.

McNally is also joining the Red Knights as an experienced coach. In her years coaching, she has led students to Nationals in Congressional debate. “Both the new coaches are so well fitted that I know we are not going in blindly,” Shea said.

Although congressional debate is an unfamiliar style for most of the team, the students are excited by the new opportunity. “Public Forum is very similar to what we have competed in the past. I think it’s going to be a fun time and really easy to adjust to,” debate captain, Sarah Karels said.

The BSM debate team is looking ahead into a year of transition. With new coaches and new competition, they are excited to find out what the future holds.