Putting the “ball” in fantasy football

And addressing the women of our fantasies 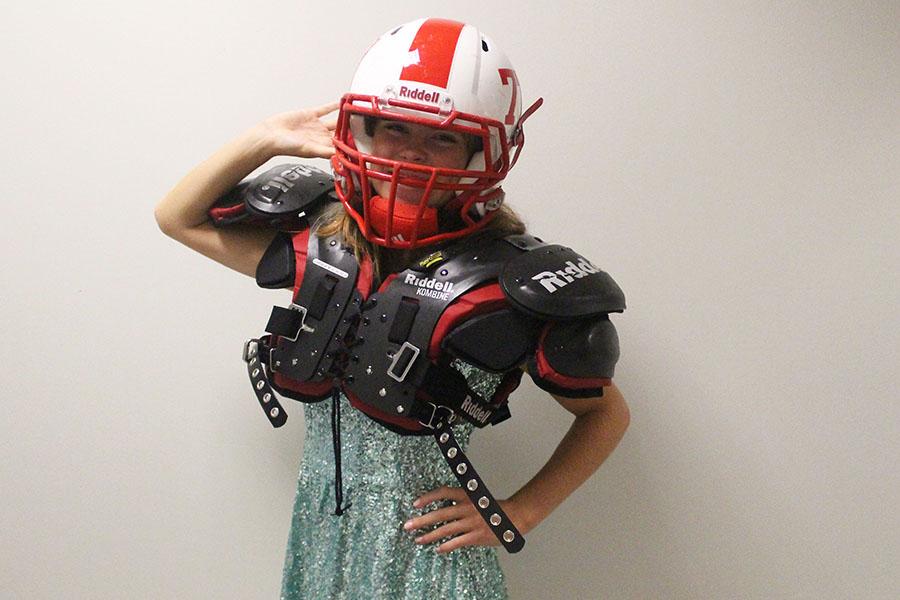 Almost nothing can get me more excited around this time of year than the dawn of a new fantasy football season. Managing lineups, conversing with friends about who to start, and of course, the excitingly fun stress that drafting a team brings.

Happening concurrently at this time, however, was homecoming week. Most notably on the list of events was the dance. The frantic running around, the anxiety about whether or not he or she would say yes, and don’t forget the constant “I-hope-the-person-I-really-want-to-ask-hasn’t-been-asked-already” dilemma. Obviously the emotional ordeal––being the challenge of asking the ideal someone to Homecoming––was the hot topic leading up to Saturday, but even more so was the potential fear of going with someone completely unknown.

I get it. I’ve been there. You’ve probably been there a number of times, too, soldier. So, to alleviate worries, I’ve learned how to cope with the “asking” by approaching it in a manner much easier to comprehend: asking someone to a dance is just like drafting a fantasy football team.

As weird as it sounds, there’s actually an obscure correlation between the two. In fantasy football, the goal is to draft a team of sixteen players; picking the best-performing players in the first rounds and the not-so-good guys in the later rounds is the best way to construct a team. Example: Adrian Peterson is a top-scoring running back, so he will be drafted early in the first round. However, his backup, Matt Asiata, is not as good as Peterson and won’t rack up as many points, thus he will be selected toward the sixteenth round.

That’s always been the high school dream: to ask the most popular girl or guy to a dance and be considered the power couple; the top dogs, the date that everybody wished they asked.

It’s to snag a first-round pick.

Then again, in order to go to the dance with a first-round pick, you have to draft in the first round. That means ask early. In fantasy football, draft day is an organized affair. You have time to plan what players you want to draft because you know who’s going to be in your league, what time the draft starts and when you actually get to make picks. Whereas whenever a BSM dance is just a couple weeks away, the senior high quickly becomes a league of about 900 people where there is no draft order and no definitive commencement time to begin drafting. Only an end exists, which is the Friday before a dance at 3 p.m. (the time tickets stop being sold). It’s a dog-eat-dog world.