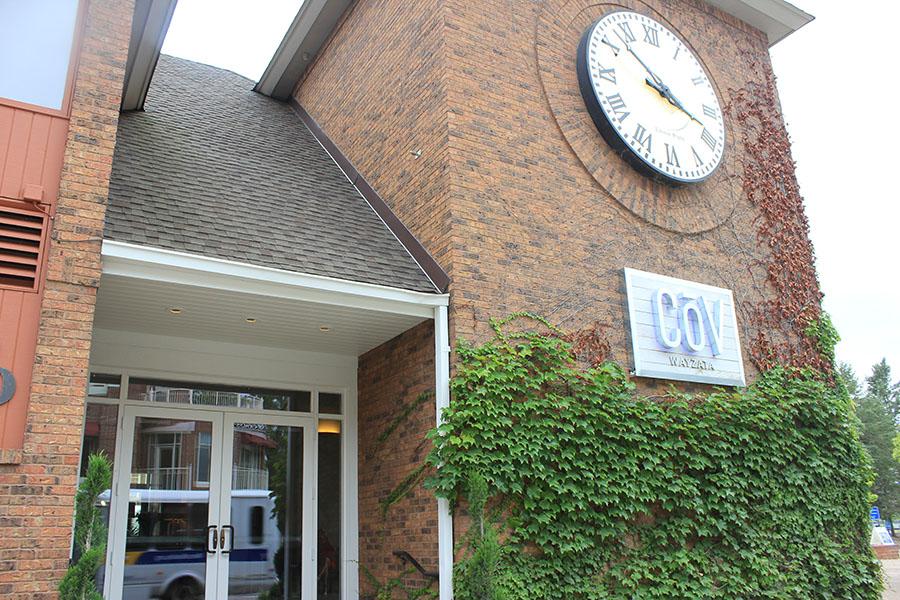 Opened midsummer, downtown Wayzata's Cov is already becoming one of the most popular seafood restaurants in the area.

Upon entering and being received by a gorgeous hostess with trendy glasses and heavy makeup, Cov seems like exactly what you would expect from a new restaurant still developing their aesthetic: a hodge podge of expensive restaurant trends, like a playlist of French, Latin, Jazz, and “soulful” pop music, not to mention the enduring fad of ‘House-Cut Truffle Fries’. However, their intended direction of a maritime vacation home atmosphere glimmers in the photographs of sailboats, the lustrous, metallic marlin figures hanging from the ceiling, and the rustic, nautical decor that works well against the stark whiteness of the establishment .

As Sunsets was a red and brown,wood and brick, sandwich-serving establishment, the glossy beauty of Cov indirectly accentuates the criminally wasted space that this property once was. The patio seems especially vast, with one half being clearly meant for “just having a drink”, and the other half clearly meant for eating.

The most popular item on the menu is allegedly the “Day Boat Ceviche”, a sort of seafood chips and salsa. The holy mix of shrimp, scallops, guacamole, corn and lime is presented in a raised chalice, worshipped by tortilla chips surrounding it on a large plate. Already, it is one of the most physically appealing foods to us inexperienced, uncultured eaters, and it eventually proves to be one of the most delicious as well.

Another staff-recommended appetizer is the Crispy Calamari Fries. Served on a platter with an artistic smattering of balsamic vinegar underneath, these fries are far less rubbery than the classic ringed fried calamari. In making them not so chewy, Cov once again invites the seafood-shy to branch out and give them a chance. Served with a marinara Aioli sauce, the snack goes far too quickly when shared with even just one other person.

Although Cov tones down the more daunting aspects of seafood, if you are still too decidedly against fish (or chefs with a superiority complex) there are some standard meat options. One of which being the ‘Chicken Flatbread’. The promising and basic title only exacerbates the disappointment of the most basic item on the menu. It’s underlayer of soggy strands of mozzarella cheese are reminiscent of Lunchables pizza.

Their dessert menu is, without surprise, phenomenal, as it comes from the Woulet bakery across the street. Their cakes and miscellaneous desserts are refreshingly void of pretense and are outstanding.

A waitress enthusiastically described the food of Cov as “Scratch-made American Food.”, saying, “We just use the best ingredients to make the most excellent food we can.” Cov is, however, a seafood restaurant. And as such, it gives off an innate sense of superiority. This may be daunting to us less cosmopolitan low-lifes. But fear not – most of what they put on your plate is just for show and the food is actually delicious.