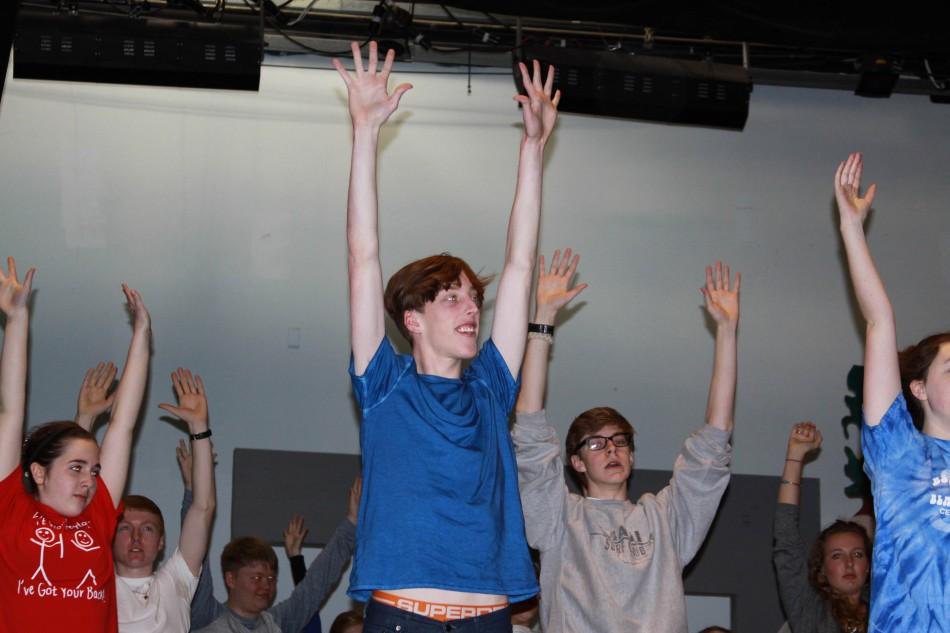 Since his first performance in the BSM eighth grade production of "Annie," Faber has dedicated his life to singing, dancing, and acting, which ultimately landed him at Tisch School of Arts.

After refreshing his web page for hours, senior Danny Faber spotted a green box in the corner of his screen, informing him of his acceptance into the musical theater program at Tisch School of the Arts. “For a moment I didn’t know what had happened and my whole body started shaking, it was emotionally overwhelming but in the best way possible,” said Faber.

Faber has been involved in theater since his first performance in the BSM eighth grade production of “Annie.” He realized his passion for the arts when he landed a main role in BSM’s High School Musical as a freshman. Since then, Faber has dedicated his life to singing, dancing, and acting. “Every teen knows how hard it is to find you’re niche, [and] I was lucky enough to find mine early in high school through theater,” said Faber.

Singing, acting, and dancing are more than just hobbies for the talented senior. Along with starring in school plays, Faber also performs at McPhail Center for Music through a yearlong program called “prelude,” which is a three-hour, audition-based program. Faber attends the sessions on Saturdays, practicing theory, sight-singing, vocal ensemble, and movement training. “Performing has helped me find who I am; I feel so much better when I’m singing and just doing what I love,” said Faber.

One of oldest and strongest drama schools in the nation, Tisch School of the Arts is a highly selective school part of New York University with a reputation of having impactful alumni such as Lady Gaga, Kristen Bell, Idina Menzel, and Anne Hathaway. For Faber, excelling in his musical passion in the city of New York has always been the goal. “I did musical theater at the school one summer, that’s when I found out it was my dream school,” said Faber.

This year, more than 1500 eager kids flew to New York to audition for a chance to join the musical theater program at Tisch; only about fifty were accepted, including Faber. “I had to prepare two songs and two monologues and learn a group dance,” said Faber.

Faber’s hard work and dedication paid off, and the talented senior was asked to attend Tisch after graduation, along with receiving a strong education through NYU. “Tisch is unique because they have primary training the first two years. I got into the musical theater studies, [and] I’ll be majoring in musical theater and [have] an opportunity for semester to take the screen filming classes, majoring in drama,” said Faber.

His acceptance was no surprise to the BSM choir director Mrs. Stockhaus, who has seen Faber improve and refine in his talents from day one. “He is an extremely focused person who really has always had a mindset that he wanted to be on the stage, and I would not be surprised if he made it big” said Stockhaus.

As far as plans for the future, Faber is keeping an open mind. “I would love to do anything to be honest, just as long as I get to perform and do what I love in any way shape or form.” He is aware of the field’s competitiveness and challenges, but he is determined to continue on the path of music and acting. “It’s a risky career, but I know I’ll love my life and that’s all that matters,” said Faber.

Danny Faber is cannot wait to begin his new journey at the school of his dreams. There are sure to be ups and downs, but through dedication and a passion to succeed, Faber is to inspire young artists and stages of many theaters in the future. One day, he may even be added to the long list of famous alumni at Tisch School of the Arts.