Shakira continues to use her bilingual abilities in the recent album, using to collaborations with American stars to additionally blend the musical cultures. 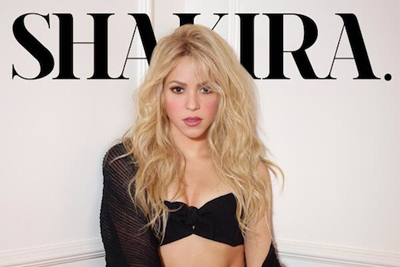 Shakira's latest album is not only catchy in one language, but in her native tongue as well.

With perhaps one of the most unique voices in pop music today, the seemingly ageless Shakira continues to amaze fans in both English and Spanish alike in her newest, self-titled album. “Shakira” is the songstress’ first english language album since 2009’s “She Wolf,” a record that brought the “Hips Don’t Lie” singer from the early 2000s into more recent American successes. Shakira, along with Latin pop stars like Enrique Iglesias and Pitbull, have used their bilingual abilities to enrapture listeners of two languages–a feat not easily accomplished.

Shakira continues this accomplishment in the recent album, using to collaborations with American stars to additionally blend the musical cultures. Rihanna is featured in the song’s first single “Can’t Remember to Forget You,” and country crooner Blake Shelton in “Medicine,” a surprising combination that astonishingly works.

Taking after Enrique Iglesias, who is known for having some songs in both languages (for example “Do You Know?” and “Dimelo”), Shakira sticks to her Colombian roots with “Can’t Remember to Forget You” and “Nunca Me Acuerdo de Olvidarte.” Though the same song in all aspects but linguistically, each provides a slightly different feel, and some listeners may prefer the singer’s passion heard in her native tongue.

Other standout songs include “Dare (La La La)” and “You Don’t Care About Me,” melodically reminiscent of some of her earlier works and influenced by Latin rhythms. Reggae works it’s way into the tracks as well. “Cut Me Deep,” uses reggae beats and steel drums, creating a song easily likeable to a nation generally not interested in the Caribbean genre.

However, as with most albums, one song stands out as different than the rest, and in the case of “Shakira,” the track “Empire” stands out for being lackluster. Though catchy in beat and melody, the real problem for “Empire” lies in its ridiculous, hokey lyrics. The line “and the stars make love to the universe” is heard in the chorus, a prime example of the strange and awkward phrases found within the three minute and fifty-nine second oddity. Though popular and likeable enough to be featured on the radio, a deeper listen reveals its flaws.

One minor blemish in an otherwise fantastic work can be readily ignored. Drawing from her roots, Shakira seamlessly formats Latin pop in a way that American listeners will enjoy. “Shakira” is no disappointment to past fans, and will certainly attract newcomers to listen.