Are premium channels worth the price? 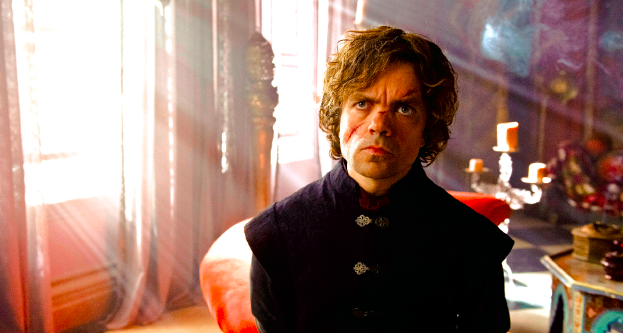 Though there is no official scoring to determine a television program’s quality, there are three categories in which a television channel can be placed, dependant on the amount of money television watchers spend to watch their favorite shows. The first category is free television, channels that anyone who owns a TV can get, such as ABC and NBC. Next, comes paid cable TV, the most common package television owners get, which includes channels such as MTV and USA. Last, is premium television, which costs significantly more than just regular cable, but includes channels such as HBO and Showtime. Premium TV shows differ from regular television due to their larger budget, resulting in a more thematically intriguing production, from prestigious costume design to set display, dependant on one’s opinion. Gone are the days of free TV shows such as “The West Wing,” that once dominated Primetime TV awards. The last Best Drama win at the Emmy’s for a free network was in 2006, for “24.” This brings about the question: is premium TV really worth the price?

Free Television
The Vampire Diaries
Despite its participation in the vampire phenomenom, the CW’s “The Vampire Diaries” surpasses all other vamp-inspired series on the air. The series protagonist, Elena Gilbert, is still recovering from the death of her parents when she meets the mysterious Stefan Salvatore and his dangerous brother, Damon. It’s not long before Elena discovers the Salvatore brothers’ secret; they are vampires. Though its plot may seem cliche, “Vampire Diaries” is much more complex than a typical vampire thriller. This can be credited to the CW’s attempts to make the show less cheesy by developing characters and not shying away from scandalous scenes. Whether the viewer is vying for Damon or Stefan, “The Vampire Diaries” is worth the watch

Hannibal
One of NBC’s most successful productions to date, “Hannibal” is horrifying and thrilling, as it follows Detective Will Graham’s attempts to solve gruesome crimes. The television series depicts Graham as a detective able to put himself into the mind of the serial killers whose crimes he investigates. When his job becomes too much for him, he begins meeting with food connoisseur and therapist, Dr. Hannibal Lector. As the series progresses the viewers are made aware of what Lector is really serving his dinner guests (spoiler: it’s humans). “Hannibal” is gruesome, as it doesn’t shy away from depicting crime scenes, but for those not opposed to blood, this intense thriller is executed flawlessly, from the casting to its production.

The Walking Dead
In this AMC series, America endures a post-apocalyptic society, where zombies have plagued the country. The main character Rick Grimes, played by Andre Lincoln, is a Sheriff’s deputy who has awoken from a coma to realize that the world is now dominated by the walking dead. Grimes, determined to find his family, encounters multiple other survivors along the way and joins forces with them. This drama-horror tells the story of lust, love, betrayal, and the fight to survive against the odds. With an action packed and interesting plot, “The Walking Dead” is worth the watch to see the gruesome zombies. When it comes to the show’s quality, the production and setting make it one of the most watched shows in America.

Premium Television
Game of Thrones
HBO’s critically acclaimed historical fantasy series, “Game of Thrones,” is spectacular. David Benioff and D.B. Weiss, the show’s creators, bring to life the world of Westeros through fantastic costume and set design, as well as a talented cast. The series follows various noble families and their fight for the Iron Throne. From complex villains to honorable Lords, “Game of Thrones” contains a vast array of characters, none of them safe from death. The show’s first season has been estimated to have had a $50 million to $60 million budget, with each season thereafter having an even larger allowance. This has allowed for the “Game of Thrones” to be as extravagant as it should be, making for one of the best television shows of the last ten years.

Shameless
Showtime’s comedic drama, “Shameless,” follows the Gallagher family as they live on Chicago’s south side and struggle to make ends meet. Frank Gallagher, the father of the family, is an alcoholic who neglects his role as a father, leaving child care up to the strong-willed older sister, Fiona. Though the premise of the show is somewhat broad, the program is complex as audiences witness character development even in minor characters. Though “Shameless” contains emotional storylines, it also contains brashly humorous scenarios that push the envelope. “Shameless” doesn’t contain intense costume design or require obscure locations to film, but nonetheless remains to be an accurate description of American poverty.