Table tennis team enjoys the success of their season 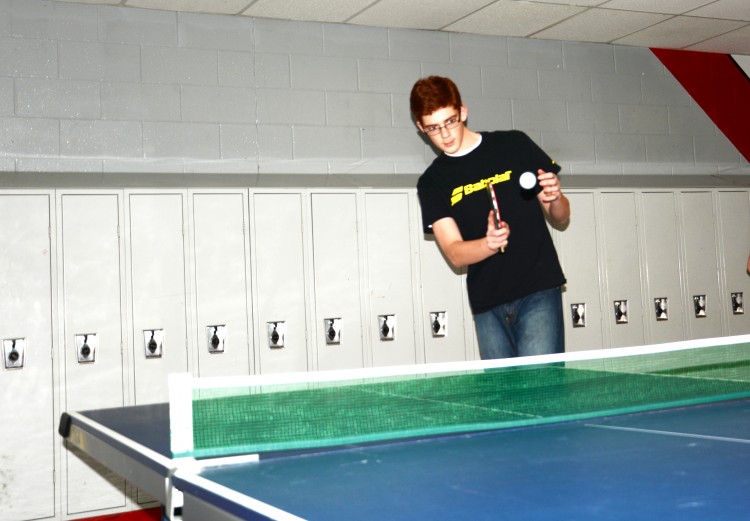 Senior captain Danny Hogan was a stand-out for the team, due to his skill for the game.

For the past few months, the light bounce of ping pong balls ricocheting across the cafeteria has been audible after school on Tuesdays and Thursdays as the BSM table tennis club practiced. The club, which consisted of over 100 students in ninth through twelfth grade, recently finished its season, after sending teams to both the boys’ and girls’ state tournaments.

For those unfamiliar, the BSM table tennis club is made up of two groups; the first is the actual team that competes in matches, and the second is the one that doesn’t. The team has around 25 competitors: 20 guys and 5 girls. The remaining 75 don’t usually compete in matches but still work to improve their paddle skills over the season.

The team typically participates in at least ten matches per season. These matches include both singles and doubles games, with players competing to win the best three out of five games. At the end of the day, the team with the most victories wins the match.

Besides individual matches, the team also participates in tournaments. One such tournament includes the Red Knight Invite, set up by coach Casey Hanson last year. The tournament is, of course, hosted here at BSM, and 4-5 other teams are invited to compete. This year, the competition was held on January 11, and the Red Knights emerged victorious.

That doesn’t come as a surprise. “I knew that we had a solid team and that we were going to compete well,” Hanson said of his 2013-14 ping pong squad. In addition to winning the Red Knight Invite, the boys’ team finished its season undefeated while the girls’ team only had one loss. The team also had success at the state tournaments held last weekend and the weekend before, with both boys and girls winning 4th place, out of 19 and 12 teams, respectively.

Most things will remain the same, though. Due to the Red Knight Invite’s positive reception and results, Hanson hopes to host it again next year. And, as always, the BSM table tennis club will be open anyone interested in improving his or her ping pong game.