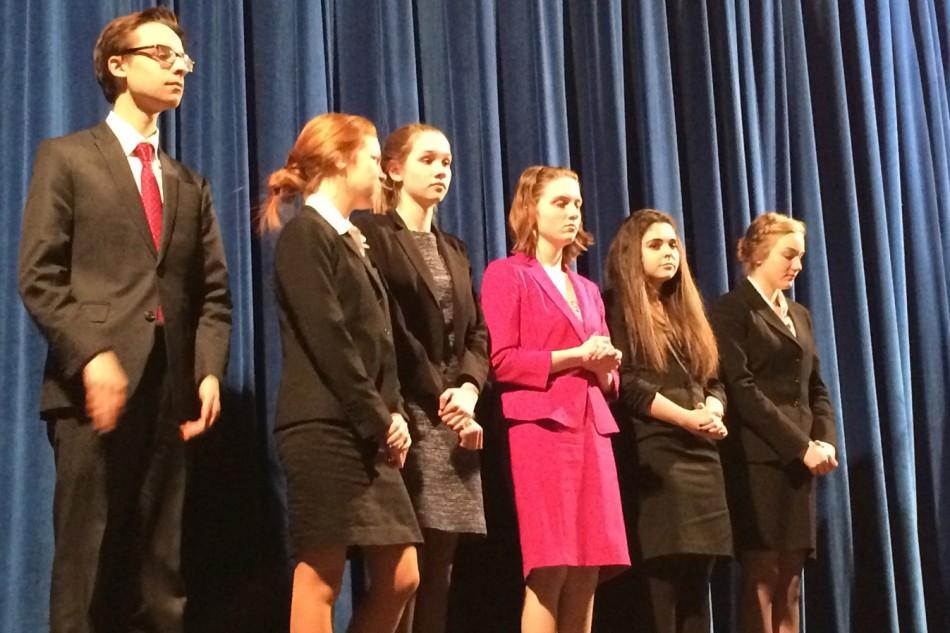 Members of the category Original Oratory wait for results to be announced.

Many members of the team achieved success at Conference. “It was really great to win, especially because this is the last competition of the North Suburban Conference,” captain and senior Sierra Twesten said.

The team is celebrating its accomplishments and is looking forward to the conference competition next year. The team will be a part of the Metro-West Conference. “Our team performed magnificently; everyone brought their best game. I am so proud of these kids and all of their hard work,” head coach, Mrs. Maura Brew, said.