The trend of gluten-free diets rises among students 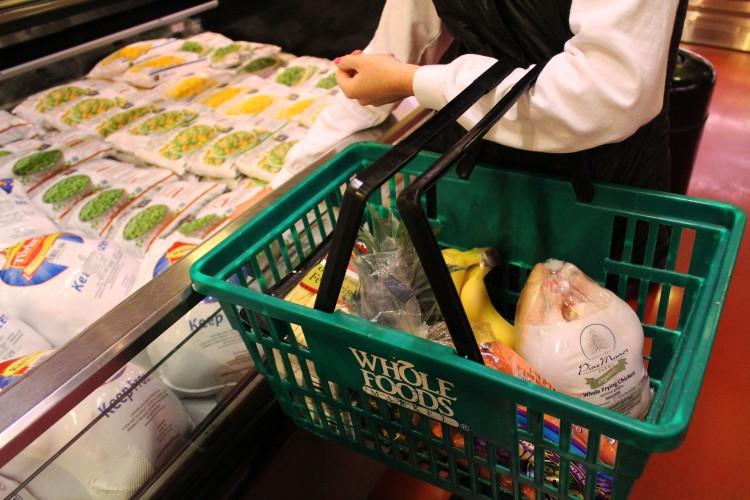 Many restaurants and grocery stores are beginning to carry gluten-free options for those interested in pursuing a healthier lifestyle.

While health trends like zumba and fitness tracking bands are becoming popular, a new fad consisting of a gluten free diet has continued to uprise in the last year. In various restaurants across the nation, their menus offer gluten free options for the mass population of gluten free dieters. In fact, most parishes offer gluten free wafers while receiving communion. Since 2011, the market for gluten free food and beverages has increased expansion by almost 45 percent. Many students at BSM and around the community have either participated or continue to take part in a gluten free lifestyle.

About one third of adults going gluten free suffer from a disease called celiac. This illness prevents victims from consuming gluten because not only are they allergic to it, but when they consume anything containing gluten, the lining of the small intestine is attacked. This can potentially lead to harmful damage so great, that the body is no longer able to process any type of food correctly. To avoid this potential problem, a gluten free diet is necessary for those diagnosed with or experiencing symptoms of celiac disease.

All gluten is composed out of two types of protein: gliadin and glutenin, both in which are derived from starch. The proteins contained in gluten are different than the ones in meats and nuts—they provide the body with carbohydrates rather than other proteins that provide amino acids to give the body energy and strength. Gluten free diets also support the immune system to fight off things like the common cold more sufficiently.

Although gluten can be nourishing, it also can have some harmful effects that would be best to avoid. Too much gluten can cause fatigue, so by replacing things like bread and butter before dinner with veggies and hummus, the body would become more energized and ready to meet the day head on. Another symptom associated with gluten is severe headaches, swollen joints, and acne breakouts.

Junior Morgan Williams was diagnosed with Celiac disease about three years ago and was recently also diagnosed with a lactose intolerance. Williams was gluten free for almost two years before her doctor set her on a Paleo diet, which consists of only fish, meats, fruits, nuts, vegetables, and water. Although the diet marginalizes the food Williams eats, cutting gluten gives her a boost of proper energy without any negative effects on the body. “It feels really refueling, and energizing. I also haven’t gotten sick since I’ve been on the paleo diet.” Williams said.

The start of the gluten free diet may be the hardest part because of cravings and longings for not only the cookies from Taher but even missing treats like crackers with soup becomes a pain. The longer the diet is continued, the easier it becomes to avoid anything with gluten, and the gluten items begin to become less appetizing. “When you realize how much its benefiting you, it becomes worth it.” Williams said.

The popularity of the gluten free diet has lead not only to gluten free portions on menus in various restaurants, but the opening of entirely gluten free restaurants and bakeries have grown up across the nation. Bittersweet Bakery in Eagan is completely gluten free and although the gluten is lacking in the products, all of their goods do not lack deliciousness. “It’s some of the best sweets I’ve ever had, and they are completely gluten free.” Williams said. They offer a variety of items ranging from pizza crusts and breads to cookies and muffins. They even can create gluten free wedding cakes for the brides and grooms with celiac who do not want to miss out on the sweet treat wedding tradition. For those who may be also allergic to lactose, they have cakes and cupcakes that are dairy free. Going gluten free does not mean going sweet treat free—there are many options to allow dieters to indulge in the deserts they crave.

The uptake of the gluten free trend continues to rise and spread to the younger population. More and more BSM students have either started to notice and watch their intake of gluten while others have cut it out of their diet completely. It may be difficult for some to sacrifice their beloved brownies for a healthy non-gluten alternative, but the struggle becomes worth all the while when the lack of gluten produces a stronger and healthier student.