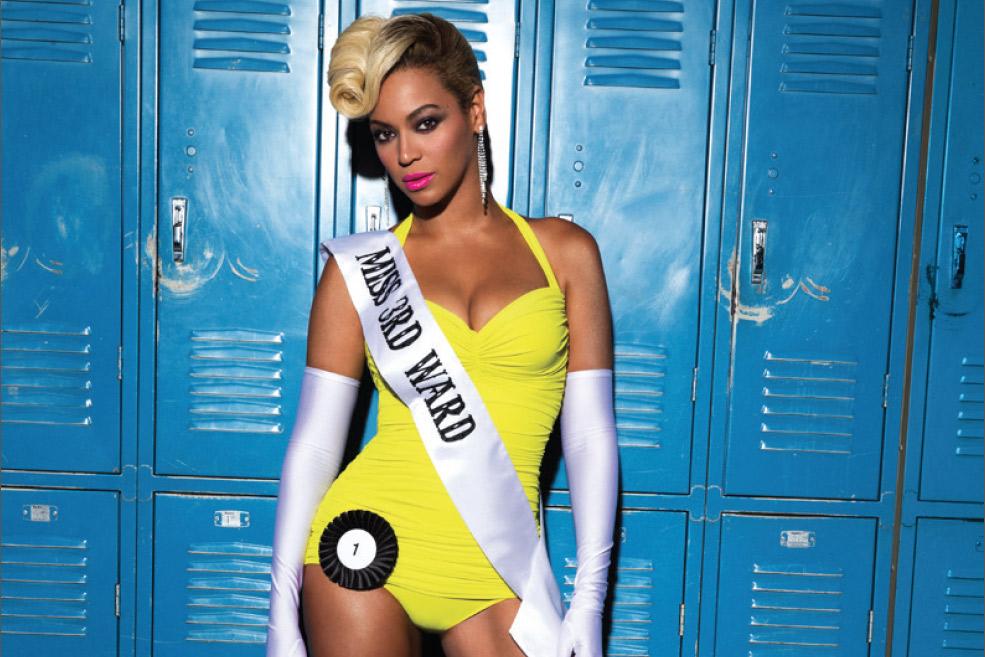 Despite a lack of official promotion, "BEYONCE" topped charts in its first week.

Well, that was a surprise: for anyone living under a rock, Beyoncé Knowles-Carter, decided to release her fifth studio album with nothing but a simple press release. “BEYONCÉ,” a “visual album” containing fourteen songs and seventeen videos (one for each song, as well as an extra bonus video).

After months of waiting, rumors, and pure frustration surronding Beyoncé’s album, the wait was well worth it. “BEYONCÉ” is the most ambitious album of the year, and, under the direction of Queen B, it’s also one of the most excellent. An extension of her past album “4,” it has more focused and assured sound than her previous effort.

The album is designed to be simultaneously watched and listened, as a comprehensive audio/visual piece from start to finish—a whirlwind tour through the mind of a great popstar. With “BEYONCÉ,” the icon was able to control how her fans first experience her music––a level a control nearly unheard of in today’s music climate where everything leaks ahead of schedule. She has also artistically ventured out into unchartered territory, and come back unscathed and better than ever.

Once the world gets over the fact that Beyoncé just dropped her album December 13 at midnight with no warning what-so-ever and a music video for each of the fourteen songs plus an extra bonus video, how is the music? Excellent, to be honest. Its sound is experimental, but not in a bad way. Bey infuses modern R&B and hip-hop with old-school soul and funk.

The album is stylistically everywhere, but there’s one thing that holds it all together: Beyoncé’s almost unbelievably talented voice. She inspires (“Pretty Hurts,” “XO”), she raps (“Ghost,” “‘Yoncé”), she seduces (“Partition,” “Rocket”), she motivates (“***Flawless), she gets funky (“Blow”), and she belts like no one else (“Superpower,” “Heaven,” “Blue”). Beyoncé has brought on a set of A-list guest stars including Jay Z, Drake, Frank Ocean, and even her daughter Blue Ivy. Make no mistake, this is Beyoncé’s album: many times her guests are simply glorified backup singers.

Beyoncé begins her self-titled album with a spoken prelude where a beauty pageant judge asks her, “What is your aspiration in life?” “Woah, my aspiration is life?” replies an exasperated Beyoncé until she answers with “to be happy.” The singer then plunges into “Pretty Hurts,” a Sia penned ballad critiquing the media’s obsession with finding the perfect body image. Although, initially ironic (After all, isn’t Beyoncé the image of perfection?), Beyoncé, although gorgeous, isn’t conventionally pretty. She isn’t stick thin, she’s curvy and muscular. This is the woman who penned Bootylicious because tabloids made fun of her weight.

After “Pretty Hurts,” the album moves to the moody “Ghost/Haunted,” which sounds like “Halo” and “Diva” had a dementedly gorgeous baby. “Drunk In Love,” a duet with husband, Jay Z, is a sequel to 2003’s smash hit “Crazy In Love” that proves the celebrity couple is indeed perfect. “XO” is the album’s most radio friendly track, written with One Republic’s Ryan Tedder, serves to be a love letter to her fans.

“BEYONCÉ” also contains some of Beyoncé’s most personal songs: “Partition” reveals how Beyoncé and Jay Z look so good when they arrive at public events; “Jealous” and “Mine,” the latter being a duet with Drake, explore her insecurities in her relationship with her husband; “Heaven” talks candidly about her miscarriage and is followed by the touching “Blue,” a tribute to her daughter Blue Ivy that closes the album, with Blue Ivy’s baby talk as the outro.

Along with the ballads and inspirational songs, “BEYONCÉ” contains its share of sexy jams, and, for some reason, maybe because it’s Beyoncé, they aren’t trashy like when Rihanna and Ke$ha sing about sex. “Blow” and “Partition” both contain the singer’s most quotable lyrics of all time. There’s also a reference to a surfboard in “Drunk In Love” thats a worse metaphor than “Ego,” her duet with Kanye West. “Rocket,” an R&B slinker written with Justin Timberlake, has the best opening line since Sir Mix-a-Lot’s “Baby Got Back.”

Although all of the songs on “BEYONCÉ” are outstanding, the one that deserves special praise is “***Flawless.” The song begins with “Bow Down,” a song Beyoncé released all the way back in March (that’s how long the world’s been waiting for this album), then moves to an interlude from “We Should All Be Feminists,” a TED talk by Chimamanda Ngozi Adichie, a Nigerian author and public speaker.

“We teach women to shrink themselves, to make themselves smaller. We tell them to be ambitious, but not too ambitious. We tell them they can be successful, but not successful. Otherwise, you will threaten the man,” Adichie states over a Hit-Boy produced beat that makes it sounds like spoken-word poetry. Beyoncé then commands women to tell their men “I woke up like this / Flawless!” The song in itself is statement about who Beyoncé is: she’s a powerful woman and a force to be reckoned with. She’s not calling for a gender uprising, simply equality. It’s all summed up in the final lines of Adichie’s interlude: “Feminist: a person who believes in the social, political, and economic equality of the sexes.” Beyoncé wants men and women to be held to the same standard, because it is 2013 after all.

2013 had been the year of Beyoncé before she surprise-dropped an album on the world. She’s at the top of her career both creatively and financially. Never before has Beyoncé been so open and intimate, or daring and artistic. With “BEYONCÉ,” she cements her position as the queen of everything, putting all her “challengers” in their place. In a way, the album is an embodiment of her year: epic, intimate, and very Beyoncé through and through.