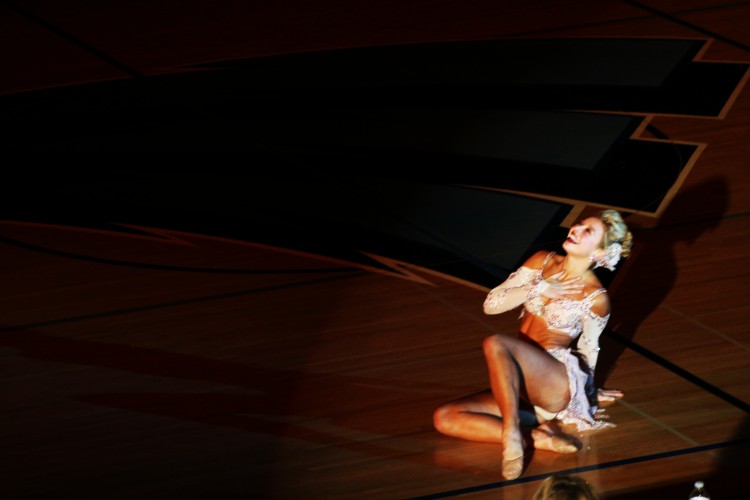 Segner, who has been dancing since she was a child, experienced her hard work paying off last Sunday, as she won Miss Dance Team Minnesota.

To be eligible to participate in the event, the dancer must be on a high school dance team, although only juniors and seniors can compete to win the award of Miss Dance Team Minnesota. While the process of the contest itself might seem quite simple, the level of competition is fierce. When competing for Miss Dance Team Minnesota, each participant is faced with three main objectives: modeling, an interview, and the solo dance.

During the event, judges score each dancer on eye contact and the quality of her answer during the interview. Throughout the modeling aspect of the competition, they score dancers on their levels of technique, showmanship and skills, and the solo dance is judged on the individual’s skill, ability, and the flow of movement. “It was very tough because you had three areas of scoring — especially on the modeling, the judges were being very tricky and paid attention to details. You had to do a lot of specific things and have good showmanship qualities,” Segner said.

While Segner competed for Miss Dance Team Minnesota, Chevalier and Malcolm competed for the best of Minnesota Junior Dancers and Fortney participated in the Freshman division. “It was all of their first times competing, and they did so well. Especially Kendel and Natalie for making up their own dance, which is so impressive and Cici just being a little freshmen,” Segner said.

By impressing the judges with her skill, personality, charm, and talent, Segner beat out other competitors to win the title. Not only did she win the overall competition with lyrical dance, Segner also received the best all around score out of every dancer at the event. “There were 20 girls coming from a lot of bigger schools, which makes them more advanced; we never compete with them throughout the year. [The competition] was harder, but it was still really fun because I knew a lot of them from my dance studio,” Segner said.

Even though this wasn’t Segner’s first time participating in the Miss Dance Team Minnesota, it was a great achievement to win during her final year in the high school dance team. Winning the competition was not only huge personal accomplishment for her, but it also gave a the BSM dance team confidence and a drive to succeed. “Our team is off to a great start, [and] we have a lot of rookies on the team who are adjusting well. I think we’ll have a great rest of the year,” Segner said.

Segner loves to perform, especially her solos, and will continue to dance her way all the way to the Miss Dance Team USA competition in California representing Minnesota high school dancers. “I think it’s awesome that [Segner] won. She honestly is one of the best dancers that I know, and it’s really cool to have someone from our school win it,” junior Kendel Malcolm said.