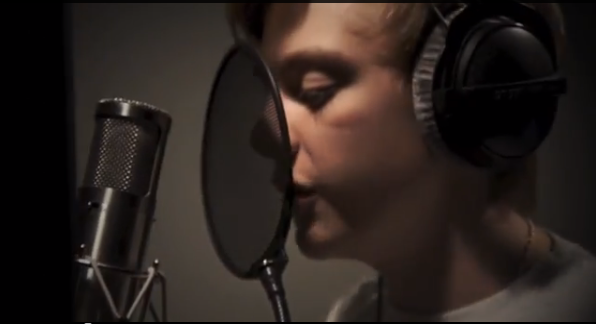 Mark Falls and Will Jarvis

Junior Dirk Gigerich sits in his basement. Countless hours each week are spent here, in the recording studio, where he writes lyrics, records, and produces his own music. The rapper, who got his start before middle school, is finally coming out with his first mixtape on October 12th, excited to show his talents on a broader scale.

Inspired by YouTube rappers who write and produce their own music, Dirk—also known as D.A.G.—began rapping in fifth grade at Blake School after seeing the movie 8 Mile. “I first started rapping in 5th grade, where a lot of kids would freestyle. It looked cool so I decided that it was something I wanted to try,” Gigerich said.

Most of his background music comes from free YouTube sources or friends that contribute. Though his beats come from other parties, he still produces his own music in the recording studio.  “I have some friends who make beats, otherwise there are a lot of cool guys on YouTube that make beats for free, so I use those as well,” Gigerich said.

His first mixtape—titled 5th Period—was named after where his career got started. During his 5th period free hour at Blake School, Dirk, along with few friends, began freestyling and writing their own lyrics. This recreation slowly grew into habit as he brought it home and built his own studio in his basement to record with.

With six songs out already, including “Dopest” and “Gold Chain Mindstate,” Dirk plans to add to his repertoire with several songs on his mixtape featuring additional BSM juniors such as Alix Diaferio, Jay Patnode, and Dan Lenington. The latest “Fall Asleep”, a favorite among the list, features both Diaferio and Patnode. “It was a lot of fun to make because we had all three of us in the studio together,” said Gigerich.

Even though Gigerich has successfully produced many songs and mixtapes, it is hard to gain a legitimate reputation in an upper-crust environment. This doesn’t phase the junior, though, as he believes his music is more important than his background. “I feel like people definitely don’t take me as serious because I’ve been going to private schools all my life, but I think once they hear my music they kind of get past it,” Gigerich said.