“Gravity” is visually complex and beautifully simple in story 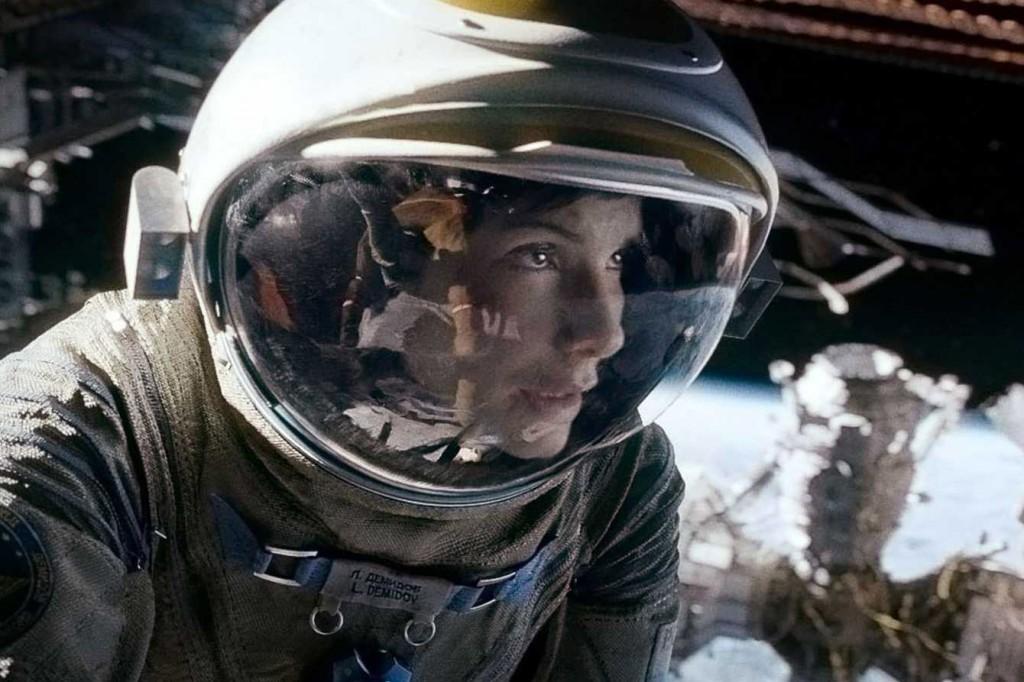 Sandra Bullock delivers the performance of the career in what often amounts to a one woman show.

Gravity is not just a movie, Gravity is an experience – and an intense one at that. Comparisons to last year’s Life of Pi and 2010’s 127 Hours are bound to appear, but, Gravity is neither as abstract or as graphic as either of those two films.

The film begins with a long shot that’s breathtaking to even those who aren’t film buffs. The audience is introduced to cocky veteran, a la Buzz Lightyear, Matt Kowalski (George Clooney) and newbie Ryan Stone (Sandra Bullock), in the midst of motion sickness as they make repairs on the Hubble Telescope. The camera seemingly floats through space as Kowalski teases Stones. Suddenly, after a chain reaction from a Russian satellite destruction, the astronauts are in great peril with Stone spinning out towards the endless expanse that is space.

Gravity is more than Sandra Bullock tumbling through space. If it was, it wouldn’t be nearly as good. After the audience says goodbye to Clooney around the 30 minute mark, Gravity becomes a one woman show, and Bullock keeps the audience on the edge of their seats for the entire hour. It’s a performance that greatly outshines her Oscar winning performance from The Blind Side. She doesn’t have much to play off of, but the viewer automatically identifies with her.

Technically, the film is amazing. Gravity shows off with three minute plus shots, visual effects that don’t tell the audience how much money was spent on visual effects, and 3D that’s amazingly immersive in a way that shames all other 3D movies. The 3D doesn’t make the viewer nauseosus, except once – intentionally. The 3D immerses the viewer into the great expanse of outerspace, which greatly helps the viewer identify with Bullock. We are the unseen, unheard, other person with her.

On the surface, Gravity isn’t spectacular, but the film’s greatness is found in its simplicity. The story doesn’t have a pretentious message about the human condition or a intellectual musing the state of science. But all of the elements in the film—the story, the acting, the directing—are all top-notch and deliver in a sense that makes words like “Best Picture” seem possible in March.