CBS's The Big Bang Theory mocks geek culture, stereotypes women, and belittles people with Aspergers Syndrome, all in the course of thirty minutes. 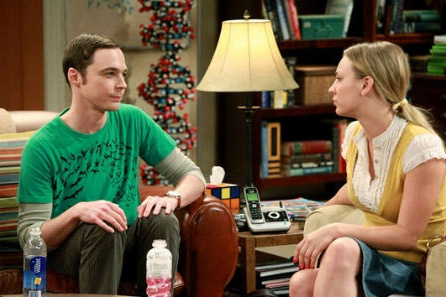 The Big Bang Theory, which returns for a seventh season on September 26, regularly draws in over ten million viewers.

The Big Bang Theory, created by Chuck Lorre, has become one of the most popular shows on television and has been credited with the popularization of what it means to be a geek. However, despite the show’s premise, The Big Bang Theory isn’t for anyone that identifies themselves as an intellectual or comic book enthusiast. This is because because the show doesn’t laugh with geeks; it laughs at them.

The Big Bang Theory essentially revolves around the antics of three physicists, one engineer, and their endless attempts to gain the affections of various women. A central cog to this is Penny: Leonard Hofstader’s on-again off-again girlfriend. Penny is clearly the show’s most relatable character as she doesn’t understand the “nerd world”; however, the sexism surrounding her stereotypical portrayal is in no way a positive or redeeming aspect of the show.

Penny is a waitress and part-time actress who is often blamed for having zero marketable or practical skills. It is her sex appeal that triggers her various hijinks with men. Though this trope is all too common in TV today, Penny has the distinct disadvantage of being in direct contrast to brilliant physicists whose luckless flirtation with her are exploited to incite humor.

The other female characters don’t fare much better. Either they are portrayed as asexual, nonemotional scientists such as Amy Farrah Fowler or they are defined by their promiscuity towards the male characters on the show. Such stereotyping continues to entrench society into sexism and only furthers the completely false perception that most women are not only unintellegent but also simple, one-dimensional objects not whole individuals.

The main male characters are abused with similar stereotyping. They aren’t traditional anti-heroes–they’re punchlines. The way The Big Bang Theory is setup, we are meant to identify with Penny and her lack of understanding regarding fandoms and science. You just have to pay attention to the laugh tracks to see that Penny doesn’t understand their Higgs Boson puns. We are supposed to follow her example because apparently it’s more socially acceptable to be ignorant of science and history.

For example, in one episode Leonard makes a comment about owning a Star Trek officer uniform. Immediately afterwards, a laugh track plays. There is no joke here. We’re meant to laugh at the reference; we’re meant to laugh at the fact that Leonard owns a Star Trek officer uniform. And because the audience is meant to identify with Penny who is “normal,” we gain a perception of her superiority over the other four characters, even though she is the one portrayed as vacuous. The creators are essentially saying “don’t worry that these four guys have a higher IQ than you; they have no social skills and own The Lord of the Rings: Extended Edition on DVD.”

But it’s not just intellectuals and girls that are getting televised wedgies by Chuck Lorre. Many psychologists have accused the show of belittling people with Aspergers Syndrome through the portrayal of the character Sheldon Cooper. Though not technically autistic according to the shows canon, he is continually ridiculed for his eccentricities and unchanged habits, which are the very things that have led people to the assumption that he has Asperger’s.

This would be fine if Sheldon was treated as a heroic or even as a likeable character. Other shows have characters that are academics with glaringly poor social skills but they do not blatantly exploit them for laughs to the high degree that The Big Bang Theory does. Community’s Abed and the Bridge’s Sonya Cross are fully fleshed-out characters with both weaknesses and strengths who overcome their situation in spite of any prejudice they may encounter.

My friends and I have been compared to Sheldon or Leonard and though I generally take it as a compliment, I am aware that it is usually meant as an insult. The show masquerades as pro-geek because the actors go to conventions and their products can be found in comic book stores, but in reality The Big Bang Theory is the worst kind of bully: the guy who pretends to be your pal and then makes fun of you on basic cable.