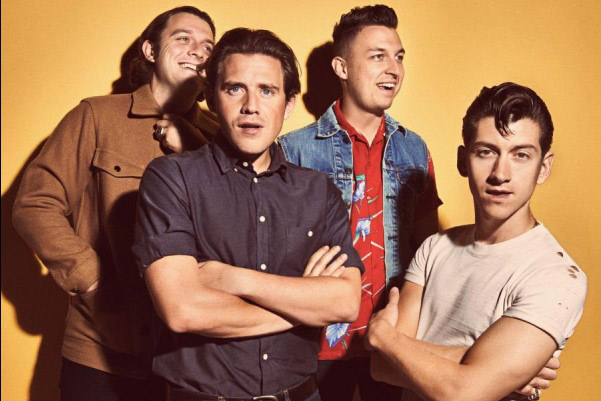 The Arctic Monkey's latest album "AM" sets a new standard for the band and for the alternative rock genre as a whole.

“AM,” the first  Arctic Monkeys album since their 2011 LP “Suck it and See,” offers a more mature sound and expands on their previous work. Offering something for everyone, the rhythms and melodies are varied, and the album in its entirety depicts an ebb and flow of emotion.

Two previously dropped singles from this album showed promising sounds (“Why’d You Only Call Me When You’re High” and “Do I Wanna Know”), but the rest of the album shines beyond their previous success. Key tracks include “R U Mine?”, a solid grungy track, typical of the band.

“AM” takes risks though, especially in  songs like “No. 1 Party Anthem,” which in contrast to the title, contains a crooning, ballad-like sound. Others, like “One for the Road,” include heart-clenching falsettos and contrast never before seen by the Monkeys. The Monkeys handle the difficulty of staying true to their style with ease and clarity.

Another hit includes “Stop the World I Wanna Get Off With You,” a groovy, stomping beat, with flowing lyrics. Somehow hearing the romantic lyrics in edgy songs only makes it sweeter, and the guitar riffs are just as charming as any power ballad.

Early works by the group had always been done with their trademarked cynicism and distaste, and the legacy is continued here. However,while their sound sometimes verged on whiney, in the new album it has transformed into a classier, yet still scruffy, noise. They grew out of their angsty teen phase…into angsty adults.

Lead singer Alex Turner truly makes the album. His distinct voice and willingness to explore his vast vocal range is what makes “AM” wonderfully diverse, yet unmistakably theirs. The instrumentalists back him up perfectly, and the teamwork exhibited by this band should be used as a model for wannabe bands.

The Arctic Monkeys have succeeded in creating an album that accomplishes two very hard to achieve goals. First, it keeps old fans happy, by staying true to their original productions whilst creating a more ripened song. In addition to this feat, they’ve managed to produce a completely new noise on some tracks, drawing in new listeners, even those who may have previously stayed away from loud alt-rock.

All in all, the Arctic Monkeys have kicked it up a notch with “AM,” setting a high standard in the rock scene. This versatile band may have, in fact, set the bar to a previously never seen standard–leaving listeners’ ears ringing, chilled to the core and craving for more.