Intervention in Syria will only end badly for United States 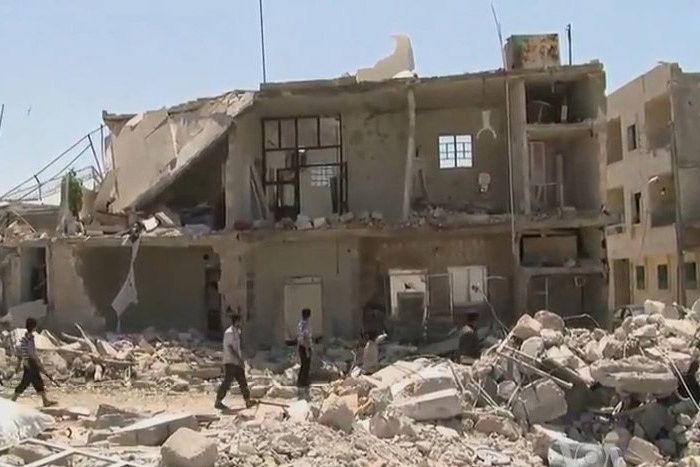 Since the civil war started in March 2011, the UN estimates 100,000 Syrian citizens have been killed.

America’s military, undoubtedly the world’s best, is more than capable of defending our interests at home and abroad. What America’s military isn’t is the world’s policeman; it is not our military’s job to intervene in civil wars that do not affect us, especially in a war where there is no obvious “right side”. The Syrian opposition rebels don’t deserve our military assistance; they haven’t followed international law any better than Assad has. In America’s rush to act, our government’s idea of right and wrong, has turned our minds towards a wrong reason for intervening.

The issue that triggered this military buildup – the supposed “red line” – was the alleged use of chemical weapons by Bashar al-Assad’s troops against rebel fighters and civilians, killing over a thousand civilians, including 426 children.

The chemical weapon in question is a neurotoxin called Sarin. Sarin causes seizures, foaming at the mouth, painful muscle convulsions, and eventually death by asphyxiation. This is a gruesome death, and whoever is responsible should certainly be brought to justice. However, for the U.S. to become involved because of this one incident would turn international attention away from the death of hundreds of thousands of innocent civilians killed by conventional means. The attack would turn attention towards the use of a one chemical weapon, which alone does not justify an intervention by the United States.

As the civil war began with widespread abuse by regime soldiers the rebels began to retaliate with war crimes of their own, losing them the moral high ground they claim to still possess. Syrian rebel forces have been reliably documented executing prisoners of war, murdering and abusing members of Christian, Kurd, and Alawite minority groups, and raiding villages of Assad supporters for no reason other than their politics, and in many cases, their religion. As this conflict degenerates from a simple war of democracy and freedom, it turns towards a Middle Eastern power struggle that the U.S has no reason to risk American lives to decide the eventual winner.

The opposition has also come to be dominated by radical Islamic militant groups, including extremist jihadist groups that are long standing enemies of the United States and the free world. These groups have added sectarian tensions to the civil war, making the rebels a Sunni Islam force and the regime a Shi’ite Islam force.

For the U.S to intervene in this war would give dangerous terrorist groups an opening into Syria, forcing the secular U.S to choose a side in a regional sectarian war. It would also weaken the Islamists main enemy, Assad, and funnel resources towards terrorists groups throughout the region, affecting American national security interests in a much larger area than just Syria.

If any foreign intervention is necessary in this war, it should rightfully come from the Middle Eastern nations, themselves. The Arab League was formed with specific intentions to promote regional stability and safety. When the United States and NATO intervened in the Libyan Civil War in 2011, the rebels won the war, but then quickly degenerated into dangerous, disparate militia groups that answered to no central government. These groups destabilized the newly free Libya to the extent that armed militants were able to assassinate an American ambassador in a guarded Benghazi consulate.

Following a rebel victory in Syria after an American intervention could lead to the emergence of a similar situation as was seen in Libya. It is much smarter for the U.S to swallow its pride and avoid becoming involved in this particular foreign civil war.