Breaking down the budget cuts

BSM’s recent cut of $750,000 from the budget affects the community 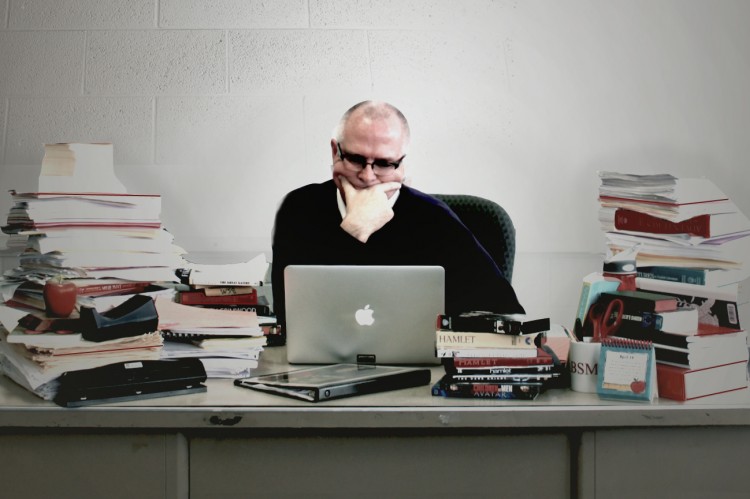 Students posting harsh criticisms on Twitter and Facebook, teachers trying to hide their stress and discontent, and parents calling the school either in support or in anger have all been results of the recent changes made to the school’s budget plan for next year.

Four months ago, the administration announced a $350,000 cut to the annual budget, sparking apprehension among staff and students alike. A month later that number increased to $750,000. The dramatic downsizing of the budget has affected teacher employment and benefits, as well as reductions to special contracts, creating outrage among the community.

“Normally when we do budgeting it’s mainly doing some cuts based on next year, and in year’s past, as we added expenses, we just added some kids. Well, it’s like a business adding customers. When you get to capacity, we can’t add another hundred students,” BSM President Dr. Bob Tift said. The board approves the overall operating budget and they encouraged Dr. Tift to “tow the line” on the tuition increases, but the decisions are ultimately his. “There are many things we thought about cutting that we decided not to. The decisions are mine based on a lot of things, but I need to take responsibility for that,” Dr. Tift said.

The point of these cuts is to keep a strong enrollment and maintain affordability, but limit the class sizes so that they do not get bigger. These changes will have a broad impact over teachers, not just one department.

The official changes were announced the week of March 18 before spring break. They range from the elimination of the activity bus to teacher layoffs, and all were made to be fiscally conservative without compromising the quality of education.

Dr. Tift engaged in many hours of meetings in order to decide upon what cuts should be made. Although the decision wasn’t made lightly, and the conclusions are firm, the outcome is not any less painful. “Internally it has been painful. Some people are hurt and some people are angry. We are a community and that makes it a lot harder, sometimes, delivering a hard message to a family member,” said Dr. Tift

Students are upset about the cuts as well, and are worried about the effects that they will make next year. “I think that by laying off all the teachers and by having some go to half pay or half days affects the students more, because that means we’re gonna have bigger class sizes, and some people can’t handle that, because they need more one on one time with the teacher, and with bigger classes, teachers aren’t going to have the time to spend with each individual student,” junior Leah Nightingale said.

“I think teachers are the best part of BSM, so getting rid of some of the teachers is going to affect the students. And every teacher has affected some student in some way, so no matter who you get rid of, someone is going to be affected,” junior Zoe Cave said.

Despite difficlties, adminstration is confident the community will recover from the expereince. “Some schools do this in crisis, we are in a position of relative strength and I am very optimistic. I will need to help people heal and help the process move forward,” Dr. Tift said.

Timing of the Cuts

With so many cuts being made so suddenly, many students and faculty seem to wonder, “Why now?” The answer lies in the tuition––the administration saw it necessary to slow down the constantly growing tuition now before the school became unaffordable to some families. “Basically, this isn’t about cuts; it’s about doing a reorganization. We are attempting to really decrease the trajectory of our tuition increases,” BSM President Dr. Bob Tift said.

These cuts create an especially large shock throughout the school mostly because in comparison to budget adjustments in previous years, they stand alone as clearly the most drastic. This year’s budget plan differs so greatly from those of years past because of the focus on a more extended timeline rather than the typical one year at a time approach. “What we have normally done is base our budget off of what our needs are next year. The purpose with this was to do our budget thinking out three to five years,” Dr. Tift said.

After deciding what cuts needed to be made on this long-term budget plan, the administration had to decide when to make the cuts. Rather than spreading the cuts out over the next three to five years, however, the administration opted to make the bulk of the cuts this year in order to alleviate future budget pains. “When we looked at it long range we decided we can do some significant cuts this year and then some the next year and some the following year or we can do some pretty drastic cuts this year,” Dr. Tift said.

While most cuts affect faculty and staff directly, one cut in particular directly affects a handful of students: the activity bus. The bus that leaves BSM at 5:30 p.m. each night to provide transportation for students in afterschool activities will not be available in the coming years. “We looked at every aspect of our budget, and we looked at that activity bus. Sometimes we have nobody on that bus, sometimes we have one or two people, and we’re paying whatever the cost is to have that bus,” Dr. Tift said.

With the small number of students taking the bus, the administration decided the cost was not worth the benefit. “It would be cheaper for us quite honestly to call a cab to send those kids home,” Dr. Tift said.

The removal of the activity bus will affect the ability of participation for students who do not have a car or a parent willing to pick them up, as well as their opportunities to stay after school to get additional help from teachers, as the standard bus leaves immediately after the end of the school day.

Among all of the cuts, there are increases that will factor into the budget. These increases will ensure long-term support for the BSM community and help in maintaining the building. The increases include raises for employees, which will cover costs of inflation and average around 2.3 percent, setting aside funds for long-term repairs and infrastructure repair such as the roof, increasing funds for marketing, and starting up a new capital campaign.

While there may be controversy related to any additions in a period of so many reductions, the administration is confident that these additions will help and are necessary for the long-term well-being of the school. “We are going to increase funds for marketing; we have a very small budget and we are going to increase that,” Dr. Tift said. BSM will also hire a new college counselor that will not factor into the increases but will be funded by the state.

Cuts to the faculty and staff

A major factor in the budget is teacher salaries and benefits. Due to the decrease in the budget for next year, BSM administration had to make reductions in faculty and staff and benefits. Four faculty members have been laid off and five staff members. “We are looking where we can find efficiencies without diminishing the students’ experience,” Dr. Tift said.

In addition to that the layoffs, 24 faculty members had reductions in their workload, all of which will be effective at the end of the year, none immediately, and 25 special contracts in athletics, and academics have been eliminated. “We changed a lot of people’s job description for faculty and staff and administration. We have also modified and decreased benefits,” Dr. Tift said.

Teachers whose contracts weren’t affected have been impacted in an increased course load for the upcoming year. They will be teaching six courses one semester and five the other, rather than their current number of five each semester. This limits the amount of time they can spend helping students, as they will have an increase in amounts of grading and more lessons to plan.

Beyond the decrease in out-of-school assistance, students face the effects of this change in overwhelmed and overworked teachers. The administration will compensate for this increased load by decreasing “flex duties,” such as the writing and math centers, hall duty, and wellness classes.

Even with fewer expectations in that area, many teachers feel as though the administration is asking too much of them. “The teachers are giving, giving, giving, so much, and we need sometimes. At the end of a day [spent teaching six classes] I don’t always feel like I can talk to people. I’ve been talking all day,” theology teacher Ms. May Lane said.

Separate from the addition of new classes and teacher layoffs, teachers also lose one benefit that has been a large factor in their choice to work at BSM. Previously, teachers received a 10 percent discount on the tuition every year they worked for BSM, resulting in a free tuition after having been a teacher at BSM for ten years. “Now teachers have to pay all of the fees including registration, and there’s a cap at 90 percent. So once you’ve reached nine years, you get 90 percent of tuition free, and teachers have to pay 10 percent of the tuition,” said Ms. Paula Leider, English teacher with three children she hopes to send to BSM for high school.

The main complaint that teachers have about this change in their contract is not necessarily the financial effect on their families, but rather the breaking of a promise made to them when they arrived. “Having to pay 10 percent of the tuition isn’t even really necessarily about affordability. For the teachers it’s about feeling valued and feeling important and feeling like you have some tangible reward for what you do,” Ms. Leider said. “Those are the sort of things that we knew we had on the table, which is why we were willing to sacrifice the income that we would have made at a public school.”

Though the main effect of this policy change is a sense of betrayal among teachers, the financial effect also plays a significant role in the unrest. “Every teacher is in a different financial situation, and some teachers who are married to other teachers don’t really have the income to afford that,” Ms. Leider said.