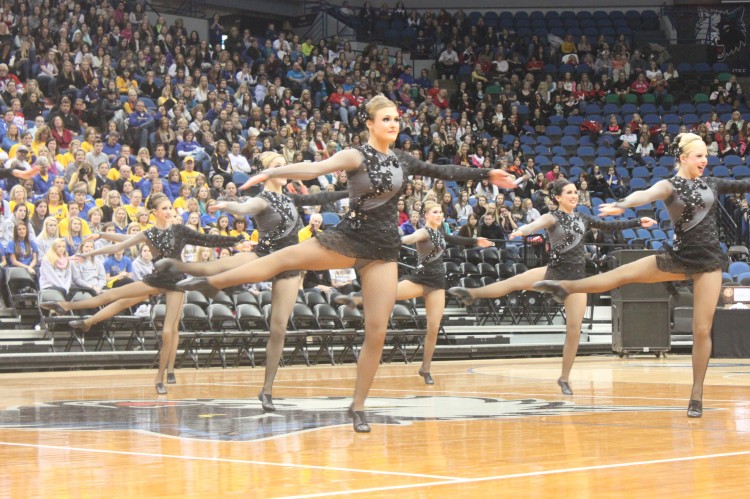 The Red Knights earned red ribbons this weekend when Knightettes Jazz Dance Team took second place in the 2013 MSHSL Jazz State Dance Team Tournament on Friday, February 16 at the Target Center. This year’s state tournament resembled last year’s, with Chaska taking first place and Totino Grace following BSM in third place. All three teams had great final performances, with only a couple of small mistakes that did not influence the scores enough to have made a difference in the final result. Overall the Knightettes had a highly successful season with a rewarding conclusion. “The state tournament was such an amazing end to a wonderful season, and dancing on the floor with the team was amazing. Seeing all the fans in the stands, and the seeing that the whole team was there was really great. It was definitely one of the best [state tournaments] ever,” junior Captain Katie Segner said.