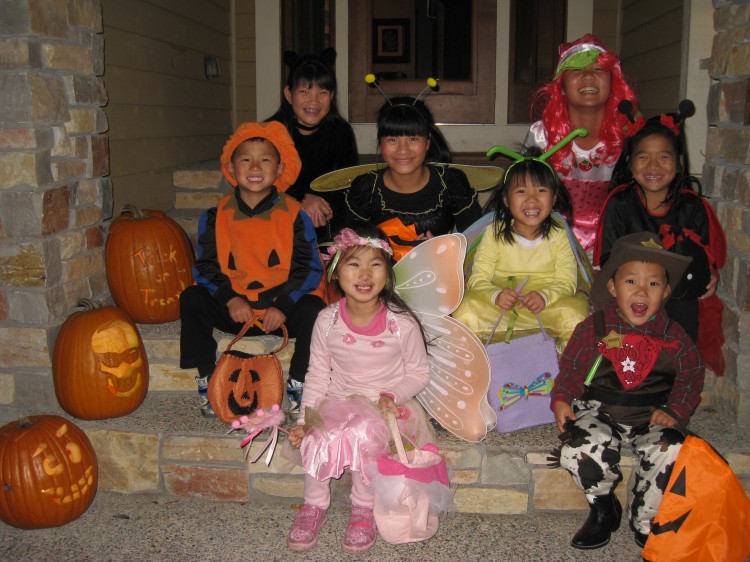 photo courtesy of the Mulvahill family

The Mulvahill family found their call to service in adopting special needs children from China.

Jean and Jim Mulvahill have a big family; with their youngest of five biological children (Johnny, who graduated from BSM in 2012) off at college, one would assume that they live the empty-nester life to the fullest. However, that’s not their style. They have already adopted eight children from China, all with special needs, and plan to bring home three more later this month.

Mrs. Mulvahill is a nurse and felt that because they had already had five children without any major health issues, special needs adoption would be a good fit.

“We did not know [when we began] that we would adopt so many. Our original intention was just two girls,” Mr. Mulvahill said.

The process of adopting a child with no special needs from China now takes over eight years to complete, whereas, adopting children with special needs often takes less than a year. “That was sort of a blessing in disguise because we just felt that we could really handle a special needs child, and well, we all have special needs,” Mrs. Mulvahill said.

They enjoyed their first adoption so much that it immediately became their calling. “When Jim first brought up [the idea of adoption] I was working, so it wouldn’t have worked out. So instead we got a puppy to see if that want for children would go away. After two months of that puppy, I was even more convinced that I wanted more kids,” Mrs. Mulvahill said.

While sitting at their son Mark’s graduation, they decided they wanted to adopt another girl. The bishop speaking at the commencement encouraged the students to find their passion in life, but the Mulvahills heard the message differently. “To heck with the graduates, he was talking straight to me,” Mrs. Mulvahill said.

All the children remained supportive through the first and second adoptions, but when the third adoption of two children came up, the biological kids had a few concerns. “They wanted to make sure we were okay and that we [would have] the energy for grandkids and that we weren’t overbearing ourselves financially,” Mrs. Mulvahill said.

The two most recently adopted Mulvahills, Abby and Luke, came home from China on December 19, 2011. At only six years old, Abby was diagnosed with myelodysplastic anemia. This meant that her blood cells didn’t develop normally and ended up dying in her bone marrow. That can eventually lead to leukemia, meaning she was in a hurry to get a bone marrow transplant.

Fortunately, Abby’s doctor re-diagnosed her with a different type of anemia that isn’t paired with impending leukemia. This news was a blessing to all. “She’ll still need the bone marrow transplant, but now there’s no race against time,” Mrs. Mulvahill said.

The children came home from China very weak and uncoordinated. Most of their time before the adoption was spent in the orphanage sitting around and watching TV, and their nannies didn’t encourage any physical activity. “They fall a lot. But they love BAND-AID’s. We have every cartoon BAND-AID you can think of,” Mrs. Mulvahill said.

Because some of the kids have been older coming home, Mrs. Mulvahill decided to homeschool them to connect with them more. “With older adoption, it’s really critical to develop that bond and allow for learning at their own pace, and homeschooling was really a good fit for that,” Mr. Mulvahill said.

Mrs. Mulvahill teaches one first grade class and one preschool and helps another daughter with a video program as needed. “I think its really silly, but I just love watching them learn. It can be really frustrating and slow at times, but overall I just feel really blessed,” Mrs. Mulvahill said.

The only pattern of regularity in the Mulvahill household includes school, going out to lunch, and then having an activity in the early afternoon.“A typical day in our house doesn’t exist,” Mr. Mulvahill said.

The hectic household became even crazier within the last few weeks due to the impending adoption. “Things are always moving and changing, especially because we’re getting ready to bring home three more. No longer is anything Anna’s clothes and Sarah’s clothes; it’s more, ‘You’re about that size, try that drawer,’” said Mrs. Mulvahill.

The older biological kids weren’t even aware of this last adoption until they had heard about it from outside of the family. Given their parent’s history, this news didn’t drop any of the children’s jaws; it simply brought smiles to their faces.