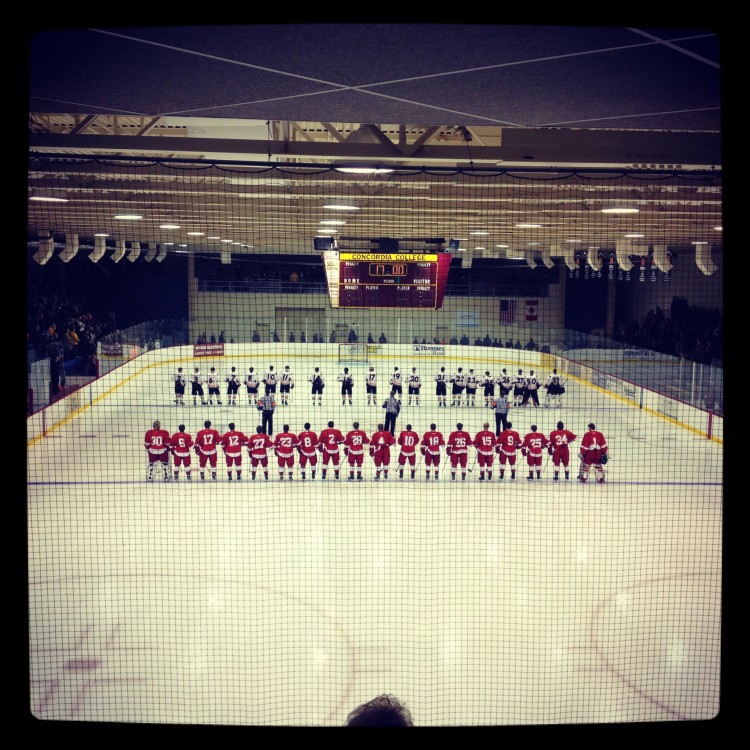 Boys' hockey beat Moorhead 6-1 on the road to start their season.

The boys’ hockey team started their season up in Moorhead, defeating the Spuds with a dominating performance by a 6-1 margin. Defending a state championship this past March, the Red Knights are the number one ranked team in the state in “Let’s Play Hockey’s” pre-season rankings.

Things didn’t get any easier for the Spuds as the Red Knights scored three more goals in the second from Besse, freshman Alec Baer, and junior Spencer Naas. Senior goaltender Andrew Sprang had 24 saves on the night, including a few huge defensive penalty kills in the second period.

Moorhead scored on a powerplay goal in the middle of the third period off a one-timer in the slot, but that’s all the Spuds could muster up on the night, even though they had numerous powerplay opportunities. Besse responded to the Moorhead goal by putting on quite a show by himself, as he managed to dangle through two defenders in a 5 on 3 penalty kill, and snipe a goal while being hooked.

With Besse’s two goals and two assists, he reached his 200th career point as a Red Knight, a monumental achievement. Arguably the state’s top line, which consists of seniors Moore, Besse, and Daniel Labosky, combined for ten points on the night.

Overall, the performance showcased the depth, talent, and speed of the Red Knights as they dominated the game on both sides of the puck. The challenge now is keeping the high tempo the rest of the season, as this team has a big target on their backs. “It was nice to get the first win out of the way, but we have got to keep the tempo up, and keep working, day by day,” said senior Seth Chumley.