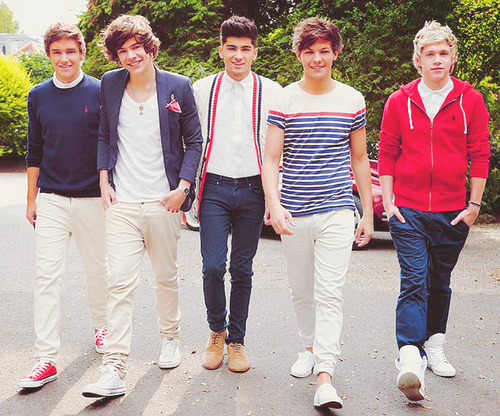 UK boy band One Direction's sophomore album, "Take Me Home," shows the growth of the five members since their first album, but they are still producing the pop songs they're known for.

Avoiding the infamous sophomore slump, British/Irish pop sensation One Direction released their second album, “Take Me Home,” creating twenty new catchy pop hits. The five boys’ sophomore album shows them trying to gradually change their sound and have their music grow and improve with them as they age.

This release incorporated their old sound, but also added more percussion and a stronger guitar overlay onto most tracks. The boys, Louis Tomlinson, Zayn Malik, Niall Horan, Liam Payne, and Harry Styles, have shown that in addition to their upbeat songs, they know how to tone things down with tracks like “Little Things” and “Over Again,” both written by fellow Brit singer/songwriter, Ed Sheeran.

Despite the band’s success on their first album “Up All Night”, they left a door open for them to experiment and mature with their music, but still stick to the teen pop theme. The British/Irish boys have done exactly this, forming a bubble-gum pop sound that any teenage girl would jam out to.

“Take Me Home” is a clear representation of how much stronger One Direction became in the past year. On the previous album, Malik, Styles, and Payne’s vocals outshone the other two band members’. On “Take Me Home,” all five boys have several solos and sound in-sync and harmonized on the choruses, featuring Tomlinson and Horan much more than on “Up All Night.” They no longer have a single leading man, as *NSYNC had Justin Timberlake and The Backstreet Boys had Nick Carter.

“Little Things” can be considered follow-up to their first hit single “What Makes You Beautiful” off of their first record “Up All Night.” The latter track told their teenage audience that they were beautiful, while the former aimed to make the audience believe it, listing all the little qualities that make the girl herself. Although the messages are quite similar, the two song’s tones couldn’t be more different. Contrary to the pop beats of “What Makes You Beautiful,” “Little Things” has soft guitar plucking to accompany One Direction’s harmonies.

A few of the highlights of the album are the upbeat anthems “Kiss You” and “Cmon Cmon.” These tracks aren’t as blunt as “Live While We’re Young,” but definitely give off the carefree attitude towards life One Direction has always displayed. Other tracks such as “Last First Kiss” and “They Don’t Know About Us” are sure to make any teenage girl swoon, with heartfelt lyrics about never leaving their woman’s side.

The only disappointment of the newly released record is how most of the time, every song has one of the two themes: love at first sight that ultimately ends in heartbreak, or regret over a lost love who has found a new man. Both messages show that though the band has matured since their beginning, they still have a lot of growing to do as artists.

Although those themes are recurring through most of the album, the track “Back For You” touches on how much the touring lifestyle affects these young men. They are only 18-21 years old, so being on tour, away from their families and loved ones would obviously take a toll on them. There’s an almost urgent and longing beat to it, like the boys can’t wait to just get back home and spend time with those they love.

Impressively, One Direction has managed to stay themselves yet improve their sound and open doors for the future on their second album, “Take Me Home.”