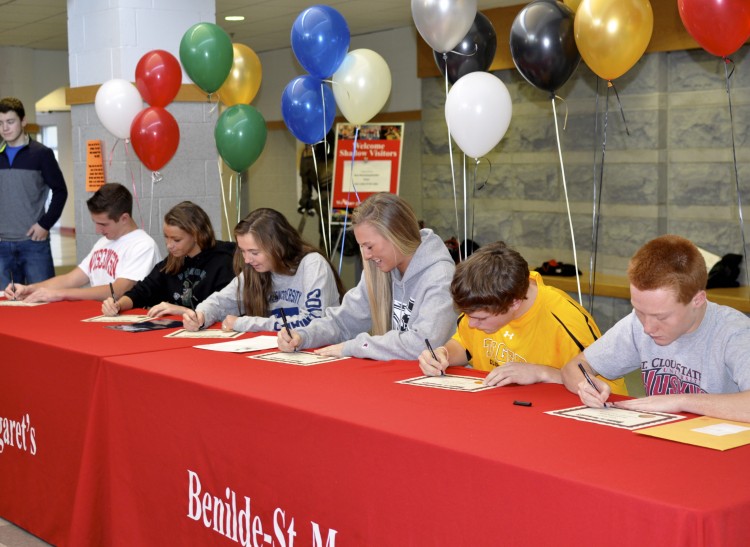 Five seniors officially signed to Division I teams for their respective sports. Soccer player Dana Buckhorn, pictured second from left, will not officially sign until this spring, but was included in the ceremony with her fellow athletes.

This morning, five Benilde- St. Margaret’s seniors officially signed to play for Division I athletic teams. Hockey players Grant Besse, Daniel Labosky and Liv Halvorson, lacrosse player Bailey Forcier and wrestler Jarred Oftedahl met in the main lobby where they were congratulated by Athletic Director Mr. Pettinger. The general attitude was one of excitement and camaraderie, even though all athletes will be playing at different institutions. Besse and Labosky, current teammates, talked about signing together. “It’s a dream come true, and I’m happy to do it next to one of my best friends,” said Besse. “ I’m looking forward to the next four years, and of course it’s an honor just to be next to Grant Besse,” said Labosky.