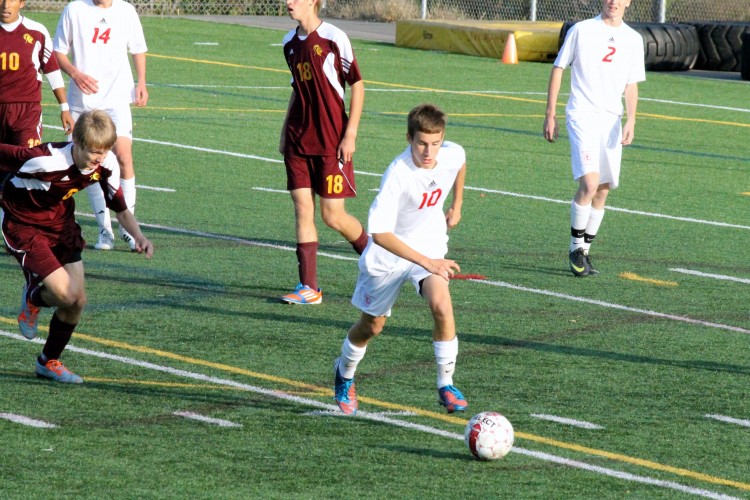 Emotions ran high as the boys’ soccer team took on the Irondale Knights and their new head coach Mr. James Cave on Tuesday, September 25. “It was a very emotional game [for me]. It was weird coaching from the other side of the bench. The crowd was very good to me, I heard them cheering out there…this is my home and it’s nice to come back,” said Cave. Irondale took an early two goal lead until a group of Red Knights crashed the goal and scored before the end of the first half. Junior Jonathan Paquette tied the game midway through the second off a beautiful feed from the corner. Then, with five minutes left, senior Austin Keller blew one past the goalie to put the Red Knights ahead and give them a 3-2 win. The boys will play again next Thursday against conference opponent Totino-Grace.