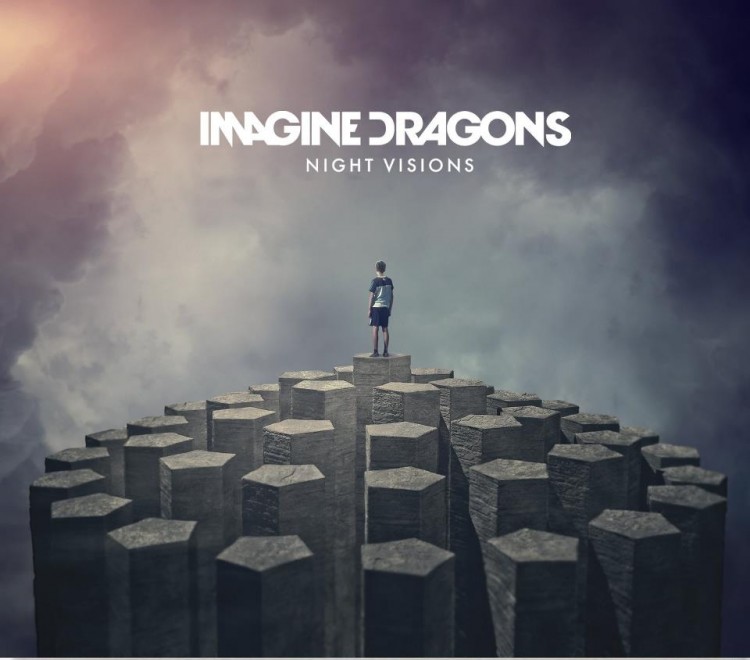 Imagine Dragons's first full length album reflects the same style as their two previous EP's––appealing to their growing fan base with catchy instrumental beats and variety of song styles.

Drawing from their past EP’s “Hell and Silence” and “Continued Silence,” Imagine Dragons released their debut album to an ever growing fanbase. This indie rock band climbs the charts, with hit song “It’s Time” reaching a peak of number 63 on Billboard Charts, a relatively impressive feat for a band that only recently came on the radar. Even more impressive, “Night Visions” held the number two spot on iTunes after its release on September fourth.

The band’s catchy beats and powerful lyrics remain constant throughout the album. Every track includes style variations, but the careful pulsing beat that Imagine Dragons seems to be known for still holds them together. Lead singer Dan Reynolds showcases his ability to meld his voice to fit songs; able to go from breathtaking and whispery in “Radioactive” to yelling and passionate in “Round and Round” and “Hear Me”.

“Radioactive” begins with melodic voices and soft “oh”-ing, but it quickly transforms into an edgy piece with strong drum hits and intense vocals. Add in a few breathy moments, and this track easily consumes anyone listening to the album.

“Amsterdam” stands out as the top song in the album. Combining wistful melodies and quirky drum beats with an almost desperate sounding voice, this piece melds Imagine Dragons’s varied sounds. Sometimes chaotic, the song “Amsterdam” is an overall pleasing and stimulating track.

With wonderful sound and passionate lyrics, this album is universally listenable. From the deeply calming “Demons” to the get-up-and-dance “On Top of the World,” there’s music for everything. Imagine Dragons only grows from their previous releases, with catchy drum beats prevalent and breathy and beautiful lyrics abound. The bass line seems to leap off the song and into your heart.