Girls’ soccer hopes for another run at the state title 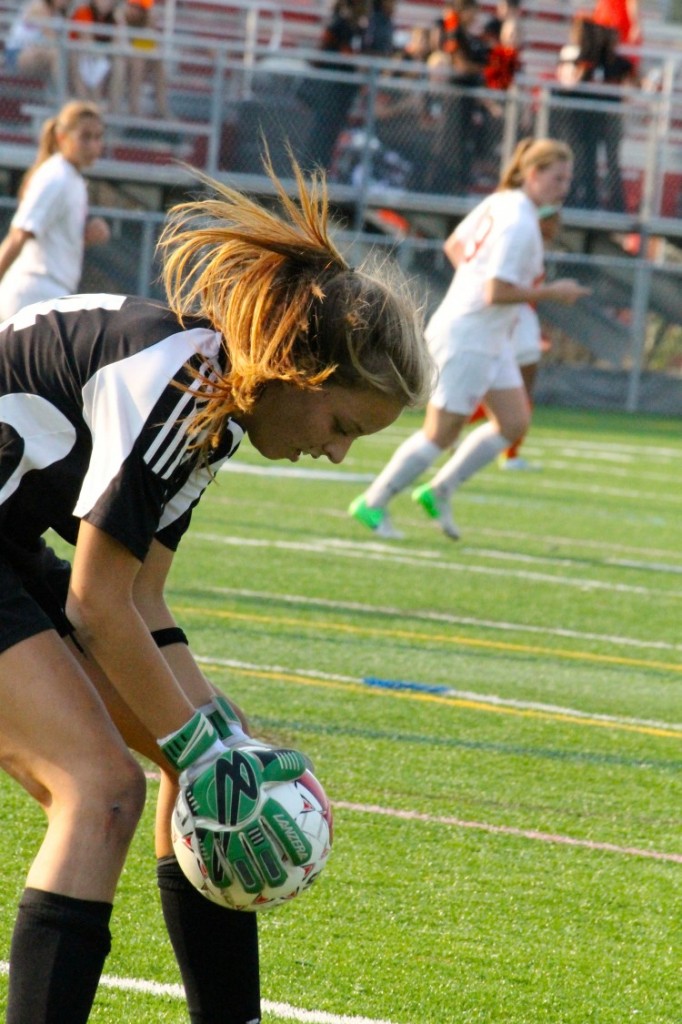 After losing to the Blake Bears in the State final last year, the goal of the girls' soccer team hopes to try for the title this year, even after losing a few key seniors from last season.

With an undefeated season and a run at the state championship last year, the girls’ soccer team is ready to take the field with new determination for the 2012 season. They have one outcome in mind: winning state.

Although a few key seniors graduated last year, it shouldn’t affect the team’s performance. Their overall team chemistry comes from making an effort to hang out outside of practices and games by having team dinners. “Everyone is really into it, and it rocks being with your best friends all the time,” senior captain Dana Buckhorn said.

With talented newcomers––freshmen Sophie Roux, Emily Schmitz, and Aleksa Tataryn––stepping in for graduates Aly Hoffman and Peggy Renier, the team won’t have to worry about replacing players in the midfield or on defense. “We have some great new talent into those positions,” senior captain Anne Arnason said.

Senior Anne Michels, who is stepping in for Mikayla Coulombe as goalie, hopes to duplicate Coulombe’s incredible season from last year. Michels said it’s not so much her goal to fill Coulombe’s shoes. “[I want to] have a successful season by playing as well as I know I can. She had a fantastic season, obviously benefiting the team as a whole with her skill, and me coming in this year as the starting goalkeeper, knowing that she was so successful and that I did have a lot to live up to, was just motivation for me to use as fuel for the new season,” Michels said.

The Red Knights will have a hard road to state, facing teams such as Orono and Blake. “Because of last year’s final, we all want to beat Blake,” Arnason said.

With that goal in mind, the girls have worked harder over the offseason in order to avenge the loss in the state title game. “Last year’s loss affected this year’s preparation by having us train and work much harder. We focused on how and why we lost so we can improve that,” Tataryn said.

Along with changes in goal and offseason training, there was also a change in coaching, as long time coach Mr. James Cave no longer guides the team. “It was an adjustment, but our coaches have been coaching together for about 15 years so they get along really well. But that is another thing that we are keeping in the back of our heads, we want this for Cave because he should be here with us and he made a huge impact on [Benilde-St. Margaret’s] girls’ soccer,” junior midfielder Kelly Pannek said.

In addition to winning state, the girls have several other goals in mind. “[The goal of winning state] comes along with playing together as a team on and off the field, focusing, and going 110 percent in every practice, and trusting each other completely,” junior midfielder Megan Katapodis said.