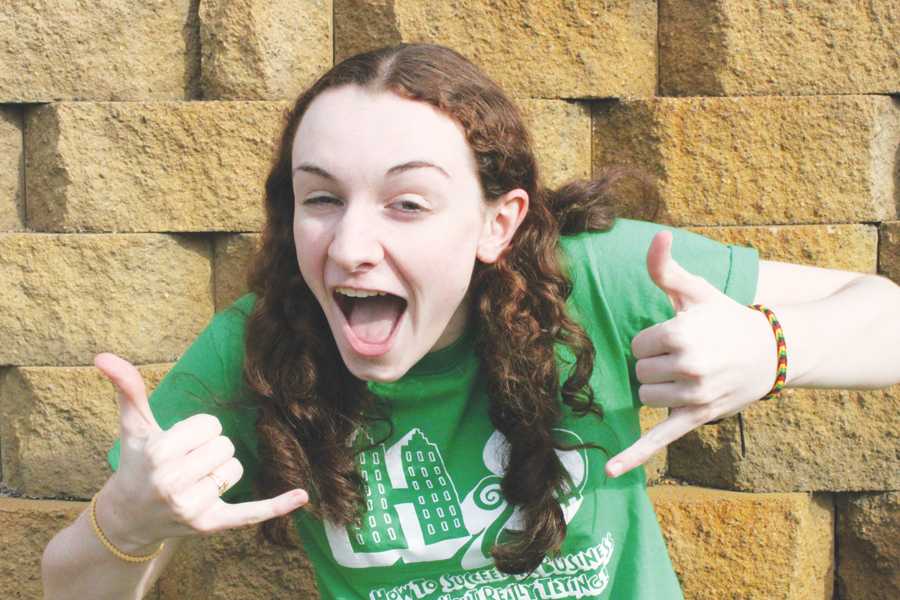 Lights come up, voices start ringing, and the band starts playing their instruments. Shannon Stroh has been an avid member of the BSM theater department since her entrance into the school, but is rarely seen on the actual stage. Yet, Shannon’s dedication alongside her sarcastic, witty personality has made her an extraordinary member of the tremendous twelve.

Shannon started her career on the BSM stage early when she starred as one of the smallest VonTrapp children in the Sound of Music in 2003. After performing in a few more roles in the junior high, her draw to the sound booth grew stronger when she entered high school. “I recently received the Technician of the Year Award, so that was pretty awesome,” said Stroh. “I started working in the sound booth because my mom works in the theater department as well; it’s like I was destined to do that.”

Outside of the sound booth, Shannon has participated in lacrosse, stage managing for the junior high, speech, pop choir, Peer Ministry, and is a proud member of the bowling team. “I’ve kept myself pretty busy; I guess there’s just a lot to do,” said Stroh.

However, being active within the school community has yet to limit Shannon’s activities outside of BSM. Starting in 10th grade, Shannon began working with magician and BSM alum Matt Dunn at ScreamTown, a popular Halloween exhibit, alongside babysitting for her neighbors and cousins on a near weekly basis.

All of her jobs have given Shannon the opportunity to buy her two most prized possessions: her ukulele and her Xbox. Some of her favorite memories in high school have included playing as many songs as possible on the ukulele and spending hours on end playing Modern Warfare and Black Ops. “The name is shanaynay94, everyone add me,” said Stroh.

Though Shannon spends a majority of her money on her video games, she remains dedicated to her ever-growing shoe collection. “I have like eighty million pairs of shoes, except they’re not heels like every other girl; they’re tennis shoes,” said Stroh. “Those alongside my hoodies are overflowing my closet, and I have no clue how I’ll take them all to college, but they need to make it there.”

Shannon’s family has remained one of the most influential parts of her life, driving her to be where she is today. Her dry sense of humor along with her caring heart for all those around her has made Shannon stand out in a crowd. “My mom is almost as sassy as I am, and my dad is one of the most sarcastic people I know, but I couldn’t ask for a better family,” said Stroh.

Shannon plans on attending St. Kate’s University next year in St. Paul where she will fulfill her dream of becoming a nurse. “I’ve always seen myself being a nurse somewhere in Minnesota,” said Stroh. “You’ll probably see me being a suburban mom, driving all her kids in a minivan.”