Being black at BSM: diversity to counter stereotypes 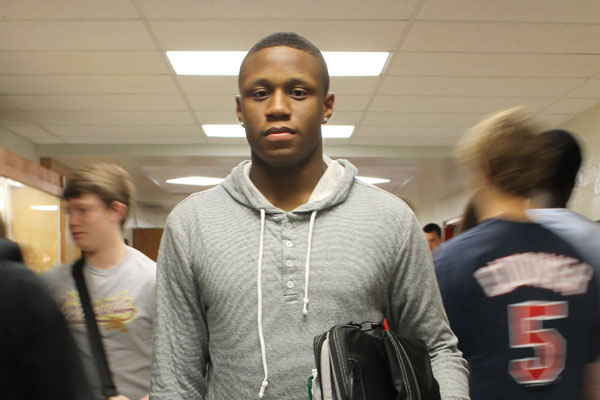 The high school experience presents challenges for nearly every student, whether it be achieving success academically, finding friends, or simply fitting in. But for some students at Benilde-St. Margaret’s, these challenges go much deeper, dipping into issues of stereotyping and racism.

The lack of diversity at BSM has been a topic of discussion from all races. “I think race plays a part because…most of the kids here came from private schools and weren’t exposed to many different cultures,” said freshman Jay Patnode.

Many stereotypes have evolved from students making judgment without getting to know one another beyond surface level. “Stop assuming things. If you don’t know a lot about black people, don’t assume that we all do the same things. Get to know us instead of thinking we’re all the same, and if I do fit a certain stereotype, don’t assume I’m the stereotypical black person,” said junior Jonathan Sutton.

Although these stereotypes are constantly used to categorize each other, black students deem the comments unjustifiable. “They don’t expect me to be as smart as I am and they expect me to be poor,” said freshman Azzairia Jackson-Sherrod.

On the contrary, many students see no problem with the environment at school. “I don’t care about being the only black kid in class. I have white friends too,” said senior Sanjay Lumpkin.

Different situations provoke varying amounts of prejudice, and Black History Month seems to be a month of high tension. To many students, both black and white, the way society and the school celebrates this history is wrong. “When teachers talk about black [people], I wish they didn’t only talk about Black History Month. They should talk about it all year,” said senior Breion Creer.

There is a mutual feeling that comes from both black and white students in the school. “To me it seems like an attempt to put black history up on a pedestal for one month of the year. You belittle it for the other eleven. Black history is part of American history,” said senior Joe Gill.

In spite of mutual feelings on that subject, many students feel that racism has continued when talking about Black History Month. “We were talking about slaves [in class] and this kid said

‘Hey Carly, why don’t you get my stuff?’” said freshman Carly Linder.

Some students even try to avoid the topic of black history as a whole whenever it’s being discussed. “I personally don’t talk about black history in class because I feel awkward when people keep looking at me,” said junior Alex Alexander.

For some, jokes can be a way to get over or cope with racism. “I personally joke around with the kids that make racist jokes. They know their boundaries, and I think the more you dwell on certain words and actions, the more prevalent it becomes as you go on,” said sophomore Kenneth Egelkrout.

But some students believe that these jokes fuel the separation between races at BSM. “I don’t think that kids should joke around about race. The more people hear you talk about race, it puts it in a light that people might think it’s okay. You have to set the example for what [racism] is, and it is a bad thing,” said Sutton.

Some students feel that they are essentially furthering their own stereotypes. “I have heard, and said some myself, a lot of racist comments. However, I have heard more racist comments from black students than white ones. There’s a difference between light-hearted jokes between friends and legitimately prejudice comments, but I have heard quite a few of the latter,” said Gill.

Many believe that even if one is of color, they still shouldn’t be able to put their race down or make racial slurs toward anyone of any race. “If black people say the ‘N’ word, it’s just as disrespectful as if a white person were to say it. I don’t blame [white students for] the stereotypes people have for the African-American kids here. I blame the African-Americans that prove them right and allow them to be said,” said sophomore Shalea Johnson.

The school has shown efforts to digress from the reputation BSM has accumulated from other area schools. “Although my white, black, and Asian friends say the school has gotten better with race relations, my friends from outside of our walls say we are stuck up, all white, and very racist,” said Johnson.

But the effort has to come from both races for the situation to improve, and when students are asked what kids at BSM could do to help improve the experience for black students, many already know the answer. “Reach out. Reach out, and try to [get] to know us…maybe we could become friends, like hang out outside of school and stuff. I’m reaching out. They should reach out to us, but they aren’t all that accepting, which leaves me with all black friends,” said freshman Zeph Kaffey.

Yet white students continue to make racist comments, comments that black students feel display an ignorance of the racial problems between each other. “I hate when other kids say, ‘I wish I were black’ and try to touch my hair. I used to think it was fine, but now I think that it’s just wrong,” said Patnode.