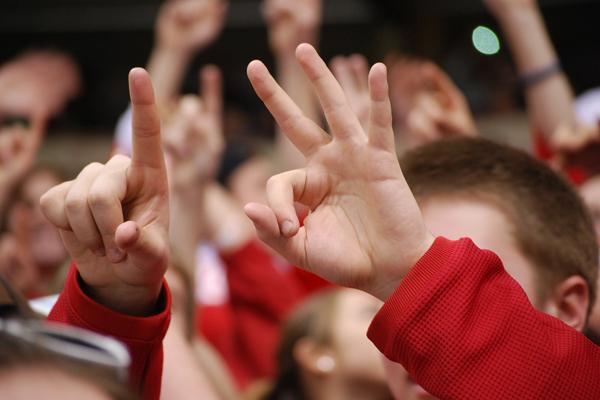 After experiencing the tragedy of the life-changing injury to teammate Jack Jablonski, the hockey team battled through the emotions to win the class AA state championship. When the team was done celebrating and came back into the locker room, Jablonski was there waiting for them.

The celebration was a welcome change from the emotions that have been felt since the incident, especially right after the injury. “Those first two or three weeks, going to school was weird,” said senior captain Christian Horn.

The team was given a crash course in dealing with tragedy, but with the help of coaching and senior leadership, they learned from the experience and rallied around their injured teammate and learned a thing or two about themselves in the process. “It’s been emotional, it’s been psychological, it’s been spiritual, it’s been life changing, and those are things you can’t always say about a season,” said head coach Mr. Ken Pauly.

“Coaches always speak in clichés about a kid growing up,” said Mr. Ken Pauly. “We’re talking about ‘well he got 20 more goals’ or ‘he got more responsible,’ but I watched a bunch of guys in front of me really grow in a million different ways as young men in terms of caring about someone else and not just putting words to it, but putting action to it.”

With all that the team has been through, it only seemed fitting that the Red Knights would end the season with a championship.