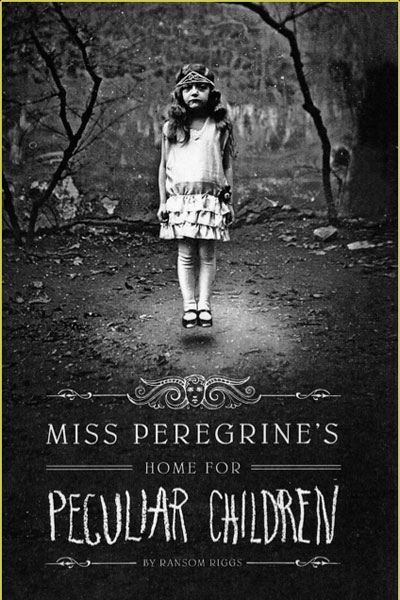 Through the eyes of misunderstood Jacob, “Miss Peregrine’s Home for Peculiar Children” explores the world of a forgotten island and its inhabitants. In his first novel, author Ransom Riggs takes a different approach to writing; he creates a captivating novel that is accompanied by a visual illustration through vintage black and white photos he has collected over the years from garage sales.

When Jacob witnesses his grandfather’s death––a gruesome murder by the hands of what appears to be a monster–– he is left with only the clue, “Find the bird. In the loop. On the other side of the old man’s grave,” to help him find the truth about his grandfather’s past. He is determined to find whatever his grandfather wished for him to discover and prove to his family that, like his grandfather, he too is not crazy. His quest for the truth brings him to a remote island in England, which was once a safe home for children of World War Two. There, Jacob discovers what he believes to be an abandoned orphanage, only to find that the children who once lived there are in fact still there, and they need Jacob’s help to fight a battle that they cannot win without him.

Exploring the question of what is real and what is fake in the world, Riggs takes his readers into a place where children float, lift twice their own weight, and where no one ever ages. He captivates his readers from page one with his imaginative descriptions of the peculiar children of the island and manages to hold that same attention until the very last page. The way the character of Jacob was written makes this such an enthralling novel; Riggs captures the teen angst of the boy, which is only made more relatable when he write about Jacobs passionate desperation to hold onto his grandfather’s memory.

This already well-crafted novel is enhanced even further by the photographs depicting the children of the island, allowing the reader a chance to visually step into Jacob’s world and see the unimaginable things he sees.

The photos drive this novel instead of the plot, making it extremely unique. Instead of being completely made up, all the characters are based off of abnormal photos Riggs had collected over the years. It is one thing to describe a character or scene, but when the reader can physically see this, they are brought deeper into the novel, and Jacob’s world becomes their world as well.

With a plot that can not be found anywhere else, “Miss Peregrine’s Home for the Peculiar Children” is truly an original novel. Beautifully written and depicted, this book will be devoured by readers for many years to come.