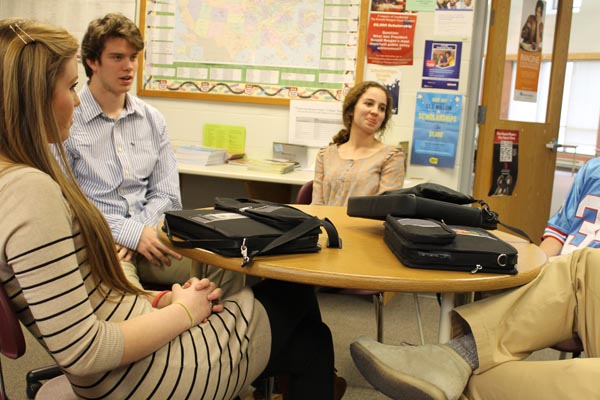 Looking for a way to involve students who wanted to use their opinions to take an active role in government, juniors Rob Lance and Jack Tucker took the first steps to form a Young Republicans club. Unfortunately though, BSM turned down their proposal for the club because it could jeopardize BSM’s tax-exempt status.

Juniors Rob Lance and Jack Tucker presented the idea of The Young Republicans Club for students who are interested in politics and government. Lance and Tucker met with senior high principal, Dr. Sue Skinner, in order to ask permission for the club. Dr. Skinner expressed concern about the repercussions of the club and discovered it would cause trouble with the tax-exempt. Hearing the news was disappointing to Lance and Tucker, but they understand Dr. Skinner’s decision.

But even with the set back Lance and Tucker are not giving up on forming the club. “We are having other meetings with Dr. Skinner to see what are [some] ways we can actually get this off the ground,” said Lance.

If it is impossible for BSM to host The Young Republican’s Club, Lance and Tucker hope to form the club at another location. They believe that even if the club can not be supported by or hosted at BSM they will still have a strong membership. “We have had a ton of interest, a lot of people want to sign up and have joined the Facebook group,” said Lance.

Members of The Young Republicans would share their ideas and then act on them––it offered a chance for the students to become active in the political system. “We were going to do things like lobby and help campaign,” said Lance.