Ben & Jerry’s of Wayzata raises more than $2,000 for Jablonski 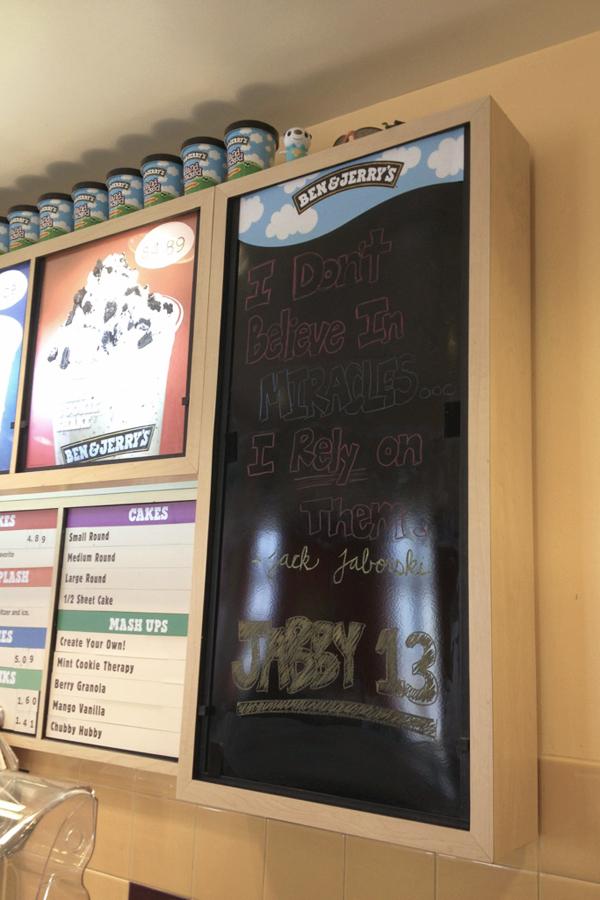 Ben & Jerry’s of Wayzata made its contribution to the flood of support for sophomore Jack Jablonski on Friday, January 6 by raising more than $2,000 for him. Customers who presented the code “Jabby13” at check-out between the hours of 12 p.m. to 8 p.m. received 20 percent off of their purchase and all proceeds would be donated to Jablonski.

In addition to purchases made, Ben and Jerry’s buckets were placed around the store collecting donations throughout the day. Posters were also stationed throughout the store, allowing customers to sign and profess their continued support for Jablonski. “We raised over $2,000; it added up pretty quickly. The buckets we periodically dumped, but we didn’t have to replace the posters; they were big, but they were full––there was no space to sign,” said Ben and Jerry’s employee Katie Leppla.

Similar to how much of the support for Jablonski has traveled through social media, word of the fundraiser at the ice cream shop spread quickly, and many locals from the western suburbs showed up to make contributions. “We were supposed to close at 8, but we closed at 8:40 because there was a line out the door. There were two huge rushes. After school all the BSM and Wayzata kids came in and then a bunch of teams came in after their practices. It was crazy all day,” said Leppla.