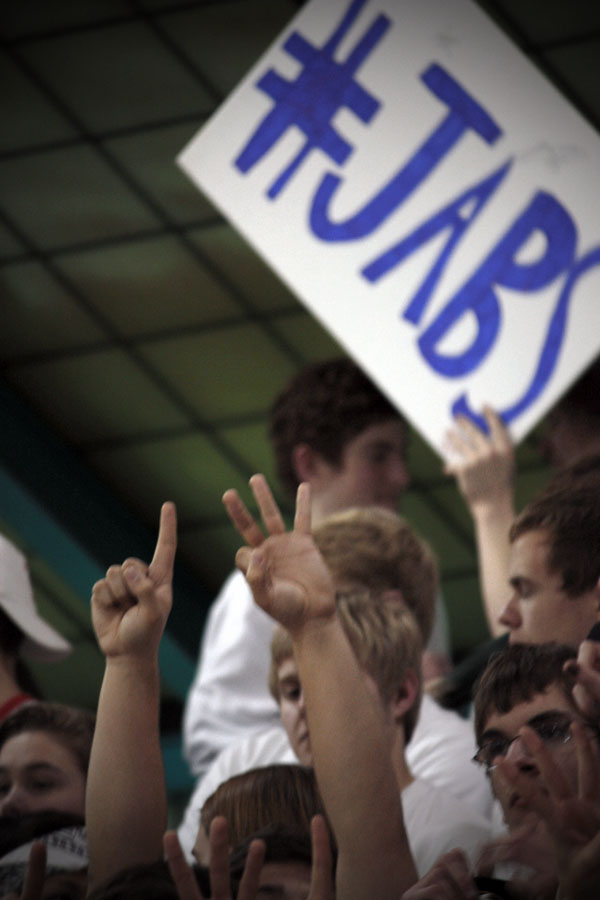 The BSM student section parted from their rowdy ways and sat until the Red Knights passed 13 points. It was one of many tributes to injured sophomore Jack Jablonski during BSM’s 84-52 victory over Columbia Heights on Thursday, Jan 5.

Sports have long been a way for people to gather during troubling times, and it was evident that this game was more about community than victory. “Not everyone was here to see us play,” said head coach Mr. John Moore. “They were here to honor Jack in some way.”

The tributes continued throughout the game, but were highlighted at halftime when the students took the typical “I believe that we will win” and changed it to “I believe in miracles.” This was followed by a teary playing of Coldplay’s song “Fix You.”

Coach Moore knew that his team had a great opportunity to help the school through such a tough situation. “I told the players before the game, ‘We’re a part of something that’s bigger than all of us,’” said Mr. Moore.

“Tonight, we were out there playing for the community, the fans and for Jack. It’s important that we all feel a part of it. We are all a part of it, I’ve got my white shirt on too,” said Mr. Moore.

On the court, the blowout gave the Red Knights their seventh straight win, giving them them a record of 8-1 on the season.