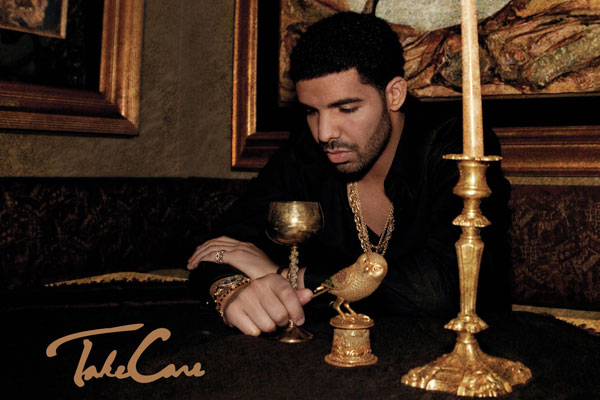 Undoubtedly the rap album of the year, “Take Care” leaked nine days before the original release of Nov.15 and has been a point of musical interest since last March.

Drake, who formerly played Jimmy on Degrassi, the controversial Canadian all teen show, has accumulated one of the strongest fan followings in the modern music industry. His style, which has a Jay-Z bravado and a Kanye West type of creativity, has had all types of music lover surprised by his “boo-hoo lovey-dovey” style.

The album features ballads to fit anyone’s mood. From arrogance to self-pity to sadness, the album provides songs that have the ability to correspond with almost any human disposition.

Featuring Chantal Kreviazuk, “Over My Dead Body” has a beautiful piano riff and relaxing melody. Although the song seems to be one of sadness, it actually portrays a message about Drake’s success as a rapper and his life struggles.

Several superstars featured on the album include Stevie Wonder, Rick Ross, Tyga, Rihanna, Andre 3000, Nicki Minaj, The Weeknd, and Drake’s best friend, Lil Wayne. “Take Care” might be one of the more star-studded albums of the decade.

Drake gets a little sophisticated and soulful in the song “Doing It Wrong,” featuring a smooth harmonica solo from Stevie Wonder. With deep roots from Memphis, Drake had no problem putting in a little jazz into the already smooth melody. The message of this track, directed at the current generation, speaks of living in an era that exists without ever being in love.

Several of Drake’s beaus are featured on the album including Nicki Minaj and Rihanna, both of whom hold special places in Drake’s heart. The album features the hit single “Make Me Proud,” dedicated to and featuring Nicki Minaj. He even flirts with Rihanna on the song “Shot For Me,” telling her to give him a call when she is ready. He has no problem with telling his feelings and on “Take Care,” he used his own personal touch to reconnect with all of his fans.