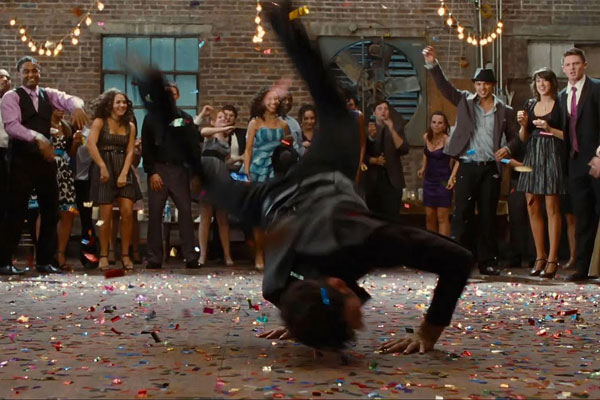 The remake of the hit 1984 movie “Footloose” shocked audiences with its modern take on a timeless tale. The story centers around teenager Ren MacCormack, played by newcomer Kenny Wormland, who moves to a small country town where public dancing, his main talent, is prohibited.

The preacher, played by Dennis Quaid, bans dancing and enforces a new curfew after his son was involved in a fatal car crash at the beginning of the movie. Tragedy causes his family to slowly drift apart and his only daughter to rebel.

Wormland’s love-interest in the film is the preacher’s daughter, fiery and rebellious Ariel, played by dancer Julianne Hough, who takes him on a wild ride of violent boyfriends, grief-stricken fathers, and suicide attempts.

Wormland exhibits true dance ability and passion throughout the movie. In one scene, he violently dances in a beat-up, old warehouse, showcasing his flawless dance moves. Wormland is a perfect Ren MacCormack, and his performance seems to outshine almost everyone, especially his co-star Hough, whose moderate acting skills don’t make the grade.

Director Craig Brewer created a tolerable adaptation of the original “Footloose”, but the movie didn’t showcase the classic dance moves, but rather spotlighted modern dance styles such as grinding. “Footloose” definitely lacks the realism of a dance movie with its perfectly choreographed club dance scenes and sporadic dancing moments.

Brewer does do a wonderful job, however, portraying the grief of losing a loved one, and how each family in the town is affected differently. Death plays an important role in “Footloose” and ends up shaping the way each character acts; when Ariel loses her brother, it causes her to rebel, and when Ren loses his mom, it brings him to a new town where he finds himself.

Willard, played by Miles Teller, steals every scene with his witty commentary and country boy ways. Willard somehow goes from no beat to a flawless dancer within a few weeks––an impossible feat––adding yet another unrealistic plot point to the movie.

“Footloose” definitely isn’t the best dance movie out there, but it does have at least some redeeming qualities. The story itself is great, the characters have round personalities that correspond to the movie’s main theme of letting children grow up, and the movie leaves the viewer ready to dance their heart out.