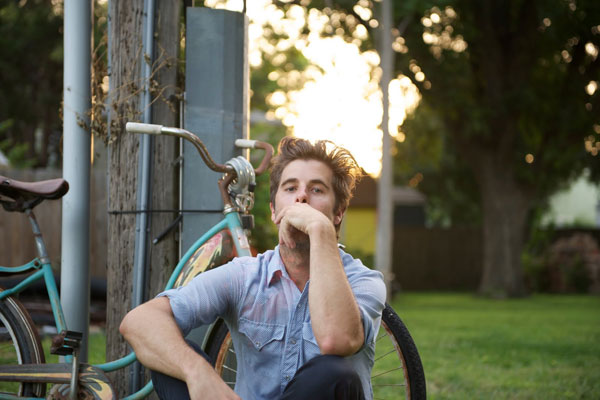 Colton rides bikes. The kind without gears. He is seen here judging, like a true hipster.

Graham Colton’s first release in the four years since “Here Right Now,” which featured the hit “Best Days,” has been a long time coming, but “Pacific Coast Eyes” was worth the wait.

“PCE” has a few pounding songs, but it resembles the mellow sound of 2007’s “Here Right Now” more closely than the energized rock of 2004’s “Drive.”

Colton’s first full album made outside a studio contract since his 2002 self-release, “PCE” is filled with small imperfections as a result of a garage band style recording process. These small flaws don’t distract the listener, but grant the album a certain honesty that some of his other releases have lacked.

Colton sticks to what he knows for material: growing up, love, loss, and gain. The lead track, “Pacific Coast Eyes,” is a simple light rock tune about his struggles to maintain his relationship while traveling between his home in Oklahoma and working in the studio in Los Angeles.

Colton covers a lot of musical ground on the album, from the powerful “1981”––a song about looking back and trying to see “if you end up who you thought would you become”––to the delicate, melancholy ballad “Our Story.”

“PCE” also features amped up versions of songs fans will recognize from his 2009 EP “Twenty Something,” such as the EP’s lilting title track that discusses the difficulties of putting everything into reaching a goal but missing in the end.

Perhaps the most underrated song on the album is “Graceland.” This song about the breakdown of a relationship and those feelings that linger long after everything is through is unassumingly heartbreaking, and it’s a perfect showcase of Colton’s excellent songwriting.

“Marylin Monroe,” another song that stands out in the album despite being a mere bonus track, speaks to the challenges of being “the last one to know” about a relationship gone south.

“PCE” is available at most online music sites, including iTunes, noisetrade.com, and on Colton’s website.