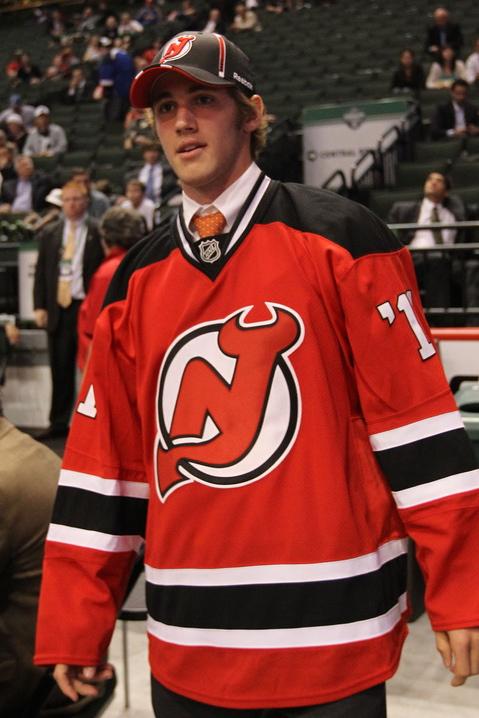 In the waning hours of the 2011 NHL Entry Draft on June 25, defenseman Patrick Daly (‘11) heard what every young hockey player dreams of hearing at that event: his name. The New Jersey Devils had selected him in the seventh round.

No other Red Knight has been selected in his year of graduation, placing Daly among the all-time greats to wear a Red Knight jersey. “It is an honor. BSM has had so many great players and to be considered one of the best is truly something,” said Daly. “I wouldn’t have thought coming in freshman year that I would hear myself regarded as someone with that title. It is a blessing.”

After seeing 188 players drafted before him, Daly is excited about where he ended up. “I wouldn’t have asked for a better organization to get drafted by. They know what they are doing and have such high esteem when it comes to players and individuals,” said Daly.

Daly credits the Red Knight coaching staff for his rise from freshman sensation to NHL draft pick. “The coaches at BSM have helped greatly and they played a huge factor in my development as a player and an individual,” said Daly.

Often classified as a puck-moving defenseman, Daly has been praised for his skating ability. He finished his senior season with a team-high 37 assists and a total of 40 points.

Daly will be playing for the University of Wisconsin next season, and he says there is no time-table for signing with the Devils organization. “I am playing college hockey now and am just taking it one step at a time,” said Daly.

After not being ranked on the NHL Central Scouting Final Rankings (a list made by scouts of the top 210 North American skaters), Daly didn’t know what to expect when he showed up in St. Paul that Saturday morning. “I went in without any expectations, and if I got drafted, then so be it, and if I didn’t, then I wouldn’t have been ashamed about it,” said Daly.

Although getting drafted was the real prize, having the draft take place in St. Paul at the Xcel Energy Center enhanced the experience. “It was exciting. Just to get selected in the NHL Draft was exciting, but since it was in Minnesota it just made it that much better. I wouldn’t have asked for it any other way,” said Daly.