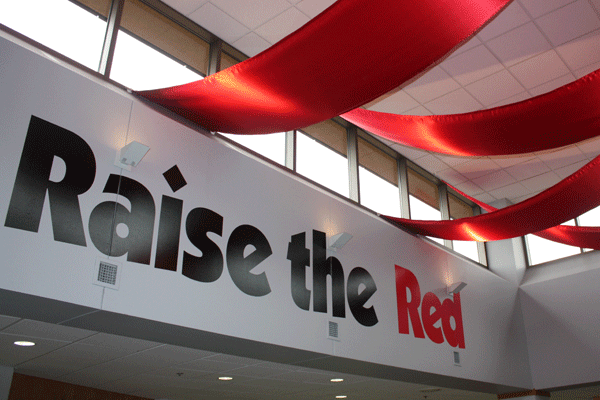 The Raise the Red campaign started with an ambitious goal of raising $30 million and completing four projects. Now, four years later, the campaign will officially come to a close on June 30, 2011 after raising $14 million, finishing the outdoor athletic complex, and supporting the First Fund and tuition assistance.

Two years were spent planning and organizing the campaign before Raise the Red began with Jim and Mary Jetland as the heads. “In 2005-2006 we started planning the campaign and talking with donors. Then, in 2007, we launched the campaign. A campaign is only as successful as its donors, so with the economy crash in 2008, the top donors couldn’t donate as much,” said Vice President of Advancement Richard Olson.

Even with a drop in the economy, change in staff positions on the Raise the Red campaign, and donor fatigue, BSM still raised close to half of their original $30 million goal. “Raising $14 million in four years is something to be proud of in this economy,” said Dr. Tift.

The completion of the athletic complex is the biggest success of the Raise the Red campaign; it will be named after the McQuinn family, who made a $2 million dollar donation to the project. “On September 16, before the second home football game, we are going to have a celebration to thank all of our donors and name the athletic field the McQuinn Athletic Complex, after Al and Mary McQuinn,” said Mr. Olson.

Even with the campaign coming to a close, the board is already talking about plans for a new campaign that will be launched a few years from now. “Over the next two years we plan on going out to talk to our donors and ask them what they would want to donate to the school. Then, we will take that list, and our Board of Director’s will prioritize it and include some of the ideas in the new campaign,” said Mr. Olson.