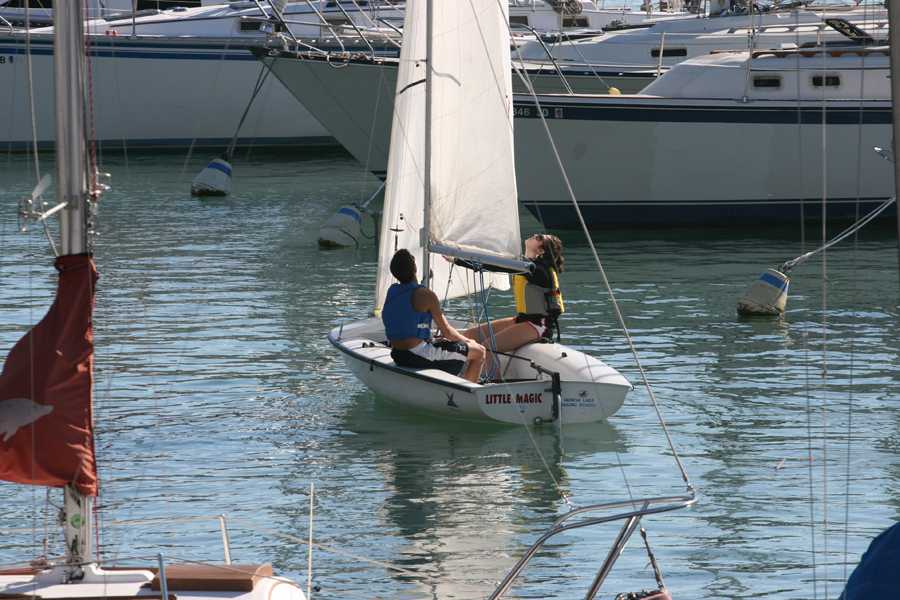 With the pretend goal of becoming pirates, the Benilde-St. Margaret’s sailing team begins its second season as an official sport this spring, after being re-founded last year. With many new members, they are looking forward to a successful season.

The practices enable every team member to get hands-on practice using the sailboats. “There are four different coaches who work with a program. A typical day at practice starts with announcements where we talk about the week’s activities and regattas, and some of the rules we run into,” said Mr. Capper, “Then we have on-water drills [to] start practices, [then] mini-drills, that type of thing.”

The team members’ ages range from ninth to twelfth grade, and the sailing team has different events throughout the year that help their team bond. “Last year’s sailing team was super close, and we have a lot of new sailors. The season is just starting, but I’m sure in a few weeks we will all be best friends,” said captain Jordan Dritz.

The team practices and bonding events are just the beginning of the commitment that being on the sailing team requires. On the weekend, team members spend their Saturdays competing in regattas. “[We compete in] local regatta series for JV and Club, and then there is a Midwest schedule where we go to Madison and Milwaukee. We’ve been to Michigan as well, and if the kids are really good they can go to Nationals [which are] held all over during the year,” said Mr. Capper.

With the sailing season well on its way, the team is looking forward to hosting their own regatta. “June 4 and 5 is the [sailing] team championship, which we’re hosting at Wayzata,” said Mr. Capper.