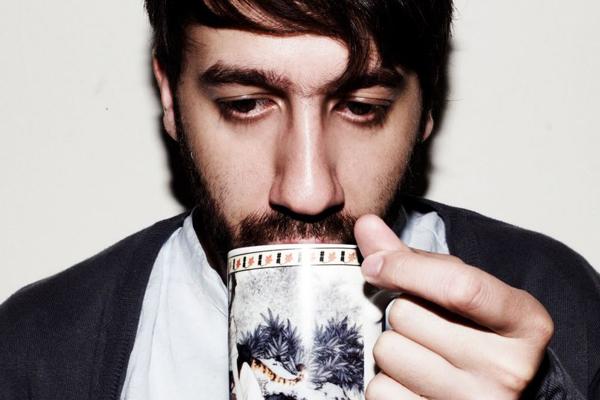 In the wake of his ultra successful 2010 debut LP, chill-wave producer Derwin Panda (aka Gold Panda) released a collection of previous EP’s and rarities titled “Companion” on March 22. With over-hyped tracks like “Quitter’s Raga” and seldom-heard demos like (album closer) “Police” sharing digital space, “Companion” is a brief and satisfying anthology of the reclusive savants pre-2010 work.

With unpredictable beats, washed-out synths, and organic sampling (from empty-cathedral claps to cut-up sitar playing), album opener “Quitter’s Raga” is arguably Gold Panda’s most influential work. It cemented his position as one of the more creative producers in the IDM scene where bleeps, blips and white noise constitute the vast-majority of instrumentation.

On the fourth track, “Back Home,” a steady four to the floor beat adds a layer of progressive house complexity to an otherwise minimalist track. It helps inundate the listener with a repetitive aural motif before showcasing track five, “Mayuri.” Often discordant, never predictable, and always an entertaining listen, “Mayuri” is arguably the strongest track on the release. The hi-hat work sets a new bar of complexity for those artists in the chillwave, IDM, and minimalist scenes, and the throaty bass timbre outshines those of future garage greats like Khan and James Blake.

Following “Mayuri” is where “Companion” takes a turn for the more experimental. Tracks like “Long Vacation” and “Lonely Owl” highlight Gold Panda’s ability to meld genres, with the latter mixing elements of old-school hip-hop, eastern folk music, and soul to create a lovely down-tempo beat just screaming to be sampled.

Pre-album closer “Win-san Western” is the perfect build up to a final track. The frenetic tempo works perfectly with the break beats, off-kilter horns and bell samples. It leaves a foreboding taste in your mouth, just in time for “Police” to open.

With less than subtle disco elements (orchestral hits, tight claps, auxiliary percussion) punctuating the clever melody of the song, “Police” is unlike any other Gold Panda song. It ventures into SebastiAn territory, making for a track that feels like it was recorded by a more confident, fun-loving Gold Panda knock-off band. Regardless though, ending an anthology with a rarity is a great way to catch the attention of a devoted fan.

If you’ve heard Gold Panda’s debut LP “Lucky Shiner” and are looking for a way to learn more about this minimalist producer––who is simultaneously hyped and decried––this (“Companion”) would be a good place to start. If you’re looking for something in the same vein, but that’s a bit poppier and structure-oriented, try anything by the RAC, Brothertiger (80’s throwback), Com Truise (chillwave), Aphex Twin (IDM), or even Star Slinger (trip-hop). “Companion” may not be worth the price of iTunes admission, but if you download directly from the artist you can cut that price in half. Happy listening.