Senior advocates for his own needs 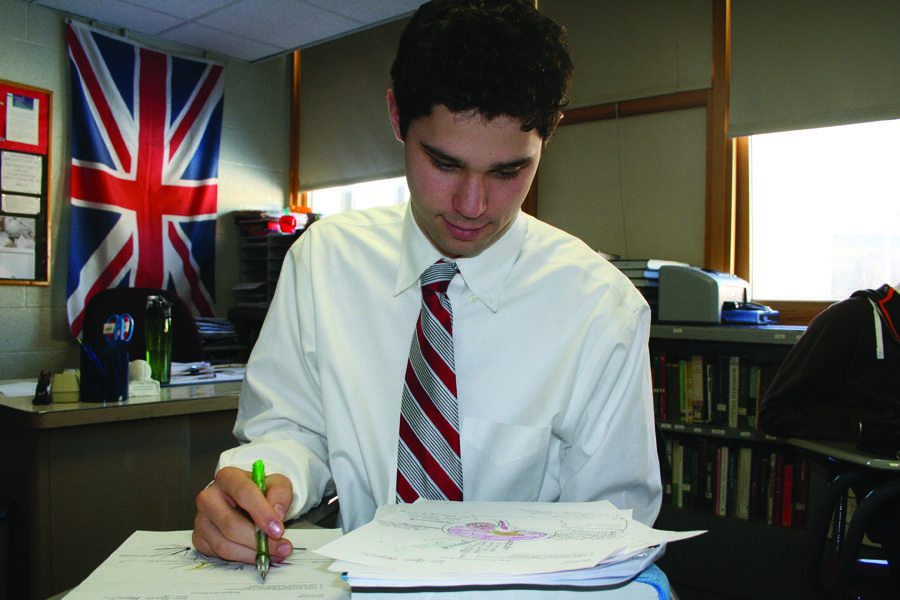 Senior Matt Perpich has Auditory Processing Disorder (APD) which causes him to have trouble taking notes during a lecture or being able to comprehend written words quickly.

“When something is said to me, it’s hard to hear what was said and translate it onto paper,” said Perpich.

Not only does Perpich common accommodations such as taking extra time on tests or spending time with teachers after school to improve his school work, but his 504 plan (a legal assessment of an individual’s behaviors that states what accommodations need to be given to them by the school) allows him to approach his learning in a unique way by taking most of his tests verbally and recording class lectures on his Smartpen. The Smartpen plays back what was said in class and connects it with all that he was able to write down in a special notebook. “I like to use my Smartpen everyday in math, so I can focus on what is going on during class and listen to it again later,” said Perpich.

Although Perpich was given the opportunity to be bused over to St. Louis Park High School for an hour in the middle of each day to work on speech therapy, he has chosen to spend his entire day at BSM. “Everything was easier once I learned to advocate for myself,” said Perpich. “I have a meeting with all of my teachers at the beginning of the year to talk about what I need to learn and how we can make that happen.”

Spending all of his energy on his school work, it has been difficult for Perpich to have fun outside of school as well. “Freshman and sophomore year, I was still trying to get the hang of school, so I didn’t really have a big social life until junior and senior year,” said Perpich.

Next fall, Perpich will be attending Lynn University in Boca Raton, Fl, one of the top schools in the nation for assisting students with learning disabilities.