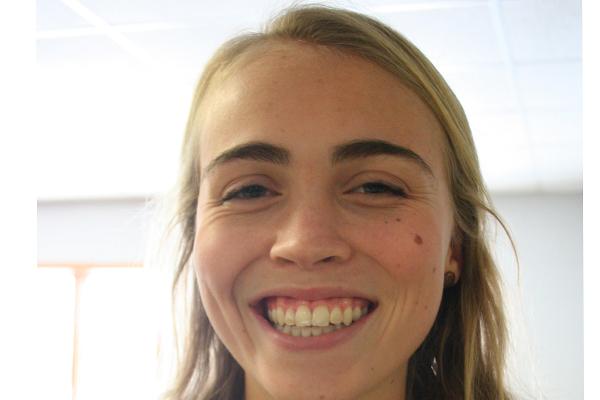 As 2011 calendars begin to appear, senior Colleen Little’s new year’s resolution will not only benefit herself, but carry a significant impact for the rest of the community as well. Little hopes to participate in a rally as a part of her effort to advocate for her beliefs and do something gainful for society.

Little says her desires to participate in a rally stems from a aspiration to make a difference and create change. “I want to go out of my way to do something that really matters to me, not just something I’ve always done or my parents wanted me to do,” said Little.

In order to reach her goal, Little will be attending the “March for Life” in Washington DC at the end of January with BSM’s Students for Human Life group. “I think the rally we will be going to will be something that we will always remember,” said Little. “It’s going to be inspiring.”

Little feels especially connected to the Invisible Children cause––a group working to raise awareness of war-torn Uganda and the use of child soldiers. “I think my dream thing to rally on would be for the war happening in Uganda,” said Little. “Ever since I’ve been introduced to Invisible Children, it’s kind of hit a spot for me.”

Little said she was inspired by MTV’s “The Buried Life,” and first developed this goal as a part of a bucket list she created along with seniors Sam Thomas and Morgan Rogers. “We want to cross things off of our list before we all leave for college and grow up,” said Little.

Since this is one of the bigger items on Little’s bucket list, she has no doubts she will feel accomplished after the rally. “It will remind me I can do whatever I put my mind too,” said Little. “Plus, it’s going to be a lot of fun.”

Little knows that 2011 will be a big year for her and the rest of the seniors. “I want to finish off really “being a kid” in high school with these things.. live with no regrets!” said Little.