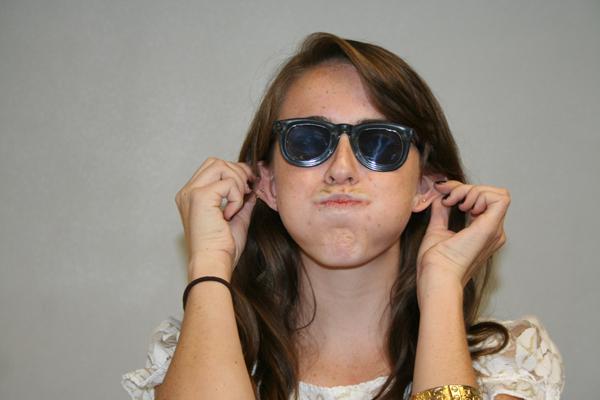 Katie McClurg doesn’t sleep. To her, the Caribou coffee tag line, “Life is too short, stay awake for it,” is something to abide by. In her many sleepless hours, she accomplishes many a great feat. Once, off the coast of Japan, she led a dangerous mission via submarine into the depths of the Sea of Japan where the mysterious giant squid is rumored to dwell. However, tragedy struck and she was trapped in a trench with only a small quantity of oxygen. But, 5 feet ahead of her, a tentacle fluttered into view. She somehow managed to wiggle the submarine out of the trench and latch onto the giant squid with an iron claw attached to the hull. The squid carried it to the surface, where she rode the submarine for 10 days until she reached her destination, untroubled by her lack of sleep. Unfortunately, the squid died and she was accused of poaching marine life and fled to Siberia, where no one would know her name and where dark was her true friend. 10 years later, Katie wound up in Minnesota after a journey of self-realization in Benilde-St. Margaret’s where she tirelessly slaves as the new Online Editor-in-Chief.