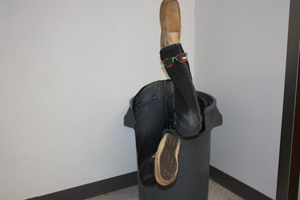 Logan McMillen is a gem. Born of a rail-thin mother, and a father with an emo haircut, he grew up like most teens, and settled down here at Benilde-St. Margaret’s, landing a job on the Knight Errant staff. He enjoys long bike rides in Minneapolis, and criticizing romantic comedies for plot holes (“Ghosts of Girlfriends Past” anyone?) He also has a hacker alter ego, using his talents to edit Wikipedia into a distorted oblivion where everyone is named “Tony Danza.” His stories teach the masses, and are often philosophical in nature. In the words of Logan McMillen, “One time I put toothpaste on my razor, and shaved with a brush.”