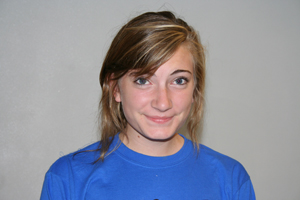 Morgan Rogers, currently a writer of the Knight Errant, was born a star soccer player, yet she wanted to succeed into yoga. She was convinced yoga was her calling in the world. Morgan’s entire family knew that soccer was the only thing going for her. One day, without speaking to her family, Morgan decided to go out and buy a whole new yoga attire and signed up for lessons. While attending these lessons Morgan practiced the stances and miserably failed by tripping over her yoga pants and breaking her ankle. One year later she was forced to start up soccer once again. Morgan then became the famous soccer player her family had planned on.